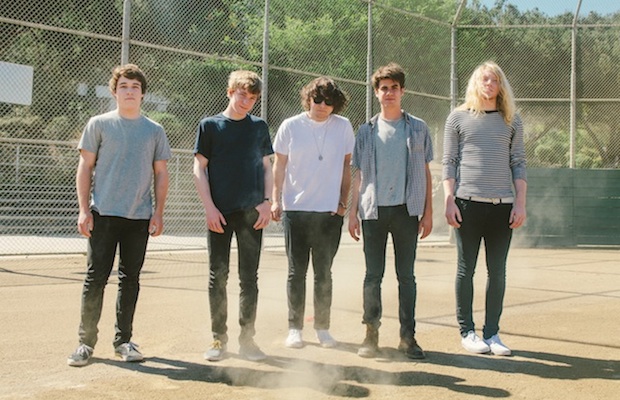 Exploding onto the scene while still in high school (and, still, not yet old enough to drink), The Orwells hail from the suburbs of Chicago, and are being touted as the next great garage rock revivalists (in a similar fashion to The Strokes circa 2001). Channeling influences from punk and indie rock, and harboring a carefree, rebellious, skater kid attitude, The Orwells have also proven surprisngly prolific, not content to simply ride on the success of their 2012 debut album, Remember When. They followed it up with not one, but two, EPs last year, and will drop their sophomore full-length, Disgraceland, this summer.

The poppy, hyper single “Mallrats (La La La)” served as an entry-point for many fans, later singles like “Who Needs You” and “Other Voices” have showed off more depth. Now seasoned from a few years of touring, making rounds on the festival circuit, and sharing the stage with a plethora of acts, The Orwells’ experience is quickly catapulting well beyond their age, though their antics (Google their infamous Letterman appearance for an example) are still intact. They might just be the band to see on Bonnaroo’s Club Stages this year, and sure to be a wild, energetic, unpredictable treat.