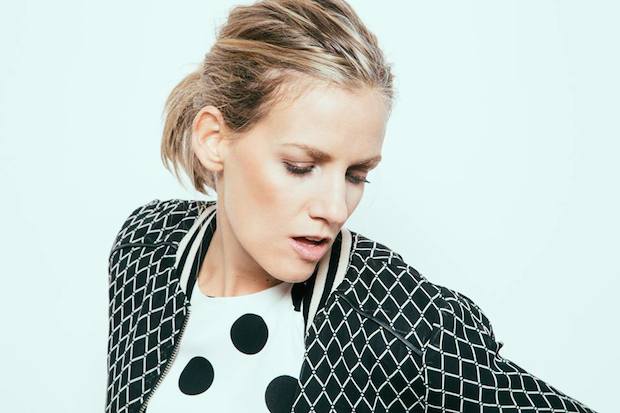 Lovable local and 10 out of Tenn member Katie Herzig is a regular in music news. Be it festival performances at Bonnaroo, playing shows with Sara Bareilles, or popping up in movie trailers, Katie Herzig always seems to have cool projects going on. Now, she’s partnering up with Cause a Scene to release her new record, Walk Through Walls. Amy Stroup and Lovers Electric will join Herzig at the Mercy Lounge for tonight’s show.

Continue reading after the jump for a rundown of the album release show!

Katie Herzig’s 2011 release, The Waking Sleep, showed off her melodic range and charisma. Walk Through Walls keeps all of that and adds a lush sheen across the record. Songs are carefully draped with gorgeous synth layers, resulting in a dreamy pop landscape. Check the video below for the title track; it’s a perfect visual representation of the album’s otherworldliness.

If your radio seems to gravitate around Lightning 100 (and we know it does), you’ve undoubtedly heard Amy Stroup. Like Herzig, she’s a part of the 10 out of Tenn crew of supremely talented songwriters. Stroup released a powerful record earlier this year called Tunnels. Dig into her single “Falling” below.

Show up early and show some Southern hospitality to London’s Lovers Electric. The clever arrangement and vocals remind us of Imogen Heap if she focused on Casios instead of songbirds-trapped-in-an-android music. They put fears and anxieties in their place with the “Waiting for Something to Happen” music video.