Bonnaroo Band of the Day: The Bouncing Souls 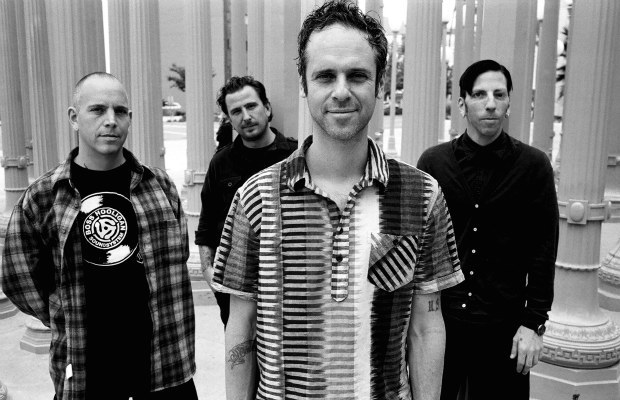 Bonnaroo, especially in recent years, makes a point to be diverse. Though it sprung from the jam band scene and leaned heavily on classic acts in its early days, the Bonnaroo of today also pulls from the worlds of hip hop, metal, electronic, and, of course, punk. In recent years, bands like White Lung, Bad Brains, Frank Turner, Danzig, and NOFX have found their way onto their lineup, proving that, although ‘Roo’s punk faction might be small, the quality of acts is fantastic. 2014 is no different, and, perhaps, our most-anticipated punk act of all is none other than New Jersey’s The Bouncing Souls. Now celebrating over 25 years as a band, The Bouncing Souls have released a healthy nine full-length albums, and have toured relentlessly since the early ’90s, sharing the stage with acts like Green Day and My Chemical Romance. Regular staples of the Vans Warped Tour, the group have become something of underground punk legends and have amassed a rabid and loyal following, all without the help of radio or television support.

Boasting nearly every original member, The Bouncing Souls have never slowed down on their musical output, most recently releasing a new full-length, Comet, in 2012, with the help of Descendents’ Bill Stevenson. Channeling a fast, melodic, old school flavor of punk, fused with elements of pop punk and dripping with heartland rock tendencies so prevalent in their native New Jersey, The Bouncing Souls have been more influential on the northeast sound than they’re often given credit for, and are one of just a handful of acts left standing still carrying on the tradition of their scene (along with peers like Bad Religion, NOFX, and Pennywise). If you’re a punk fan, these guys should absolutely be on your ‘Roo list, but even if you’re not, they’re a perfect break from the Bonnaroo norm and one of the best and most accomplished underground acts on the bill.