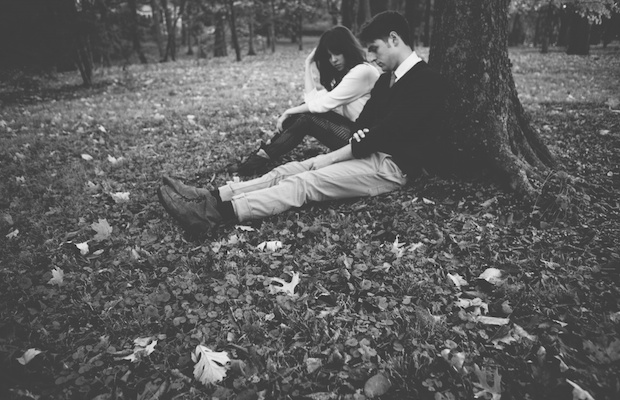 Named after a river that runs through their home state of Florida, The Saint Johns now live in Nashville and have been busy, busy, busy. In 2013 they toured with two bands that are already on our music radar (Delta Rae and The Lone Below) and they released their first EP, Open Water. In 2014 they’ve hit the road with roots-rocker Stephen Kellogg and landed their inaugural Club Stage spot at Bonnaroo, so things seem to be going better than ever for the duo. They first met at a friend’s party around 2012 when Louis Johnson tried to woo a girl with his guitar, that girl being Jordan Meredith. Turned out she could sing and play a little herself and before long, they started taking turns trying to one up one another.

Fast forward a few months, and the two decided to start writing songs together. Soon after, they were playing gigs, and The Saint Johns we know today were born. Louis thought he could score a date, and, instead, scored a bandmate. We’re pretty sure they’re both happy with the latter, based on the warm reception they have been receiving all over the country already. Their roots, Americana music is blessed with beautiful harmonies, and wonderful lyrics that bring to mind a younger/vibrant, less dark version of The Civil Wars. You can have a listen to the EP title track “Open Water” below, and be sure to check out their music video for “Your Head and Your Heart.” We could see them being a nice calm nightcap after day one or day two, but only the Roo Scheduling Gods can say for sure, so be sure to add them to your list when the schedule is released.

WATCH | “Your Head and Your Heart” (Official Music Video)