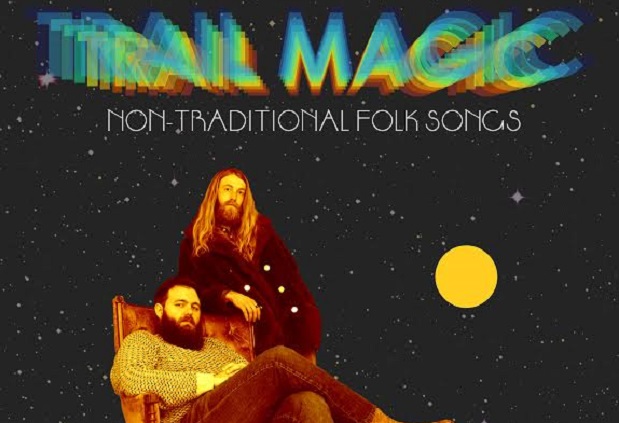 We miss Colorfeels around the Nashville scene, but we’re excited to announce a new project from former ‘Feelers Justin Maurer & Taylor Zachary.  The new project, titled Trail Magic, is described by the band as “a shared appreciation for the balance between the purity of the musical experience and a ‘serious-but-not-too-serious’ approach to lyric writing”.  Based on our knowledge of these talented gentlemen, that is all we needed to know before diving into the debut single, “I Could Never Say A Thing To Hurt You”, from their upcoming debut album Non Traditional Folk Songs.  Upon the first few listens, we heard influences from Here We Go Magic to My Morning Jacket, but as we continued listening, not surprisingly, we were reminded back to one of our favorite bands of the past few years… Colorfeels.  This album offers a slightly different, less jammy approach than Colorfeels previous efforts, but you can definitely hear the Maurer / Zachary influence and similar instrumentation in this new project.

Have a listen to the single “I Could Never Say A Thing To Hurt You” below, and mark your calendar for the digital release of Non Traditional Folk Songs on May 6th through all online outlets.  A release show is scheduled for May 8th at The Basement featuring The Electric Hearts, and you’ll definitely see us there.

Bonnaroo Band of the Day: The Bouncing Souls