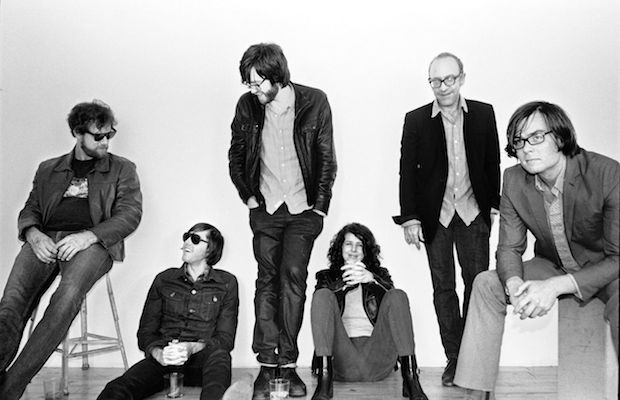 As we keep trucking along with these Bonnaroo Band of the Day features, we’re finally starting to enter the territory of artists you’re more likely to be familiar with. Today’s band, Okkervil River, for instance, have released a staggering seven albums, five EPs, two splits, and a handful of compilations in their decade and a half long career, and have been regular festival staples for years. Rooted in indie rock and harboring an affinity for folk and alternative country, Okkervil are, perhaps, best-known for their 2005 breakthrough, Black Sheep Boy. However, the group’s most recent release and ATO Records debut, last year’s The Silver Gymnasium, a concept album about frontman Will Sheff’s childhood in New Hampshire, may very well be their best album since.

Though Sheff and the rest of Okkervil’s founding members originated from New England, the band proper was formed and still resides in Austin, Texas. Over the years, they’ve shared the stage with a diverse array of acts, including The Decemberists, Titus Andronicus, Lou Reed, and The National, have landed releases in the Billboard top 10, and have performed on national television. Somehow, between their prolific output and constant touring, Sheff even managed to spend nearly a decade fronting equally influential side-project, Sherwood. Small, perhaps, by Bonnaroo standards, Okkervil River are still one of the most worthy and proven acts on this summer’s bill, and, if you’ve never had an opportunity to see them live before, there’s never been a better time!

LISTEN | “Down Down the Deep River”

Bonnaroo Club Stage Band of the Day: Streets of Laredo