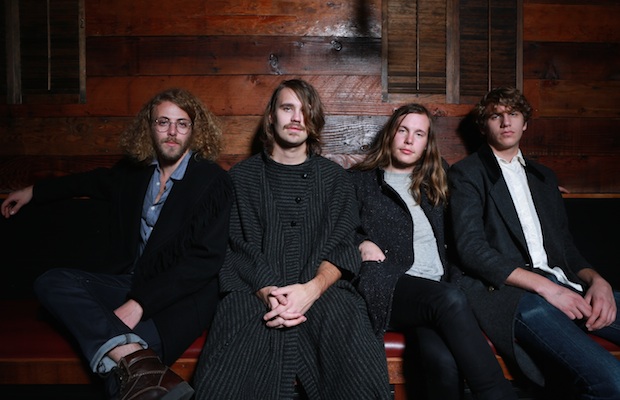 This Friday is Good Friday, which means for the religious folks that Easter is coming up. For all of us, it also means a three day weekend. If you’ve been wondering how to spend your Thursday-turned-Friday night, don’t worry – we’ve got you covered. For just $8, you can see Desert Noises and The Winter Sounds (what a perfect pairing, right?) at The Basement. These indie rock acts have banded together on a tour to take the great US of A by storm. The show starts at 9 p.m., but, hey, that’s no problem since the majority of the workforce has Friday off anyway.  Keep reading to find out more about both bands.

Desert Noises are not your typical indie rock band. They’re from Provo, Utah to begin with (how many bands do you know from that state?), and their frontman came up with the band name, as well as many of their song titles, while dreaming. These little facts, coupled with a sound that seems to span several genres, make Desert Noises a fascinatingly unique group. Drawing influences from psychedelic rock, soul, r&b, and folk, their varied style and captivating delivery are sure to draw you in. Their latest album, 27 Ways, was just released on March 25, so head on down to the concert and pick up a copy to show your support.

Nashville gets to boast as being the hometown of The Winter Sounds, and we’re more than happy to claim them. Self-described as indie rock/smooth music, The Winter Sounds contribute to the show an 80’s-influenced dance vibe, sure to really get the crowd moving. With four full albums under their belt, as well as one EP, The Winter Sounds are currently on a mission to infect the general population with their electronically funky music. As one of many great artists helping buck Music City’s country reputation, Nashville salutes and encourages The Winter Sounds with pride.