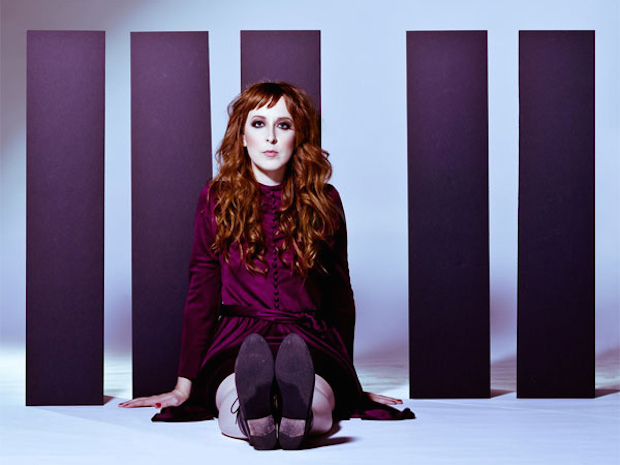 If you are anything like us, you spent the better part of last weekend scouring through YouTube trying to find the best cell phone videos you could of the Nirvana tributes featuring the remaining members pouring through hit after hit with the help from the likes of St. Vincent, J. Mascis, Joan Jett, Lorde, and John McCauley and others.  Needless to say, we have Nirvana fever.  What’s another reason for the current obsession?  It’s that we’ve already heard the cover of Nirvana‘s “Polly” from Nashville songstress Brooke Waggoner.  You may remember Brooke hinting about that cover during her podcast with No Country a few months ago, and today it is the first single to be released from the new cover album aptly titled The Cover Up.

Brooke has been a busy woman of late.  She released a new single back in February which will serve as a de-facto bonus track to her 2013 release Originator.  She was also part of the team that just brought you the new Jack White single “High Ball Stepper” that has everyone salivating for the June release of Lazaretto.  Not to mention, Brooke will spend a part of her summer touring through China.

Busy or not, we’re really glad that Brooke took the time to be a part of The Cover Up, which is a collection of cover songs produced by Brandon Metcalf and released by Destiny Nashville.  The album releases on April 22, and you can grab your copy on iTunes.  Check below to see some of the other artists participating in the project (and some links to teasers), and, of course, to check out Brooke’s amazing cover of “Polly”.