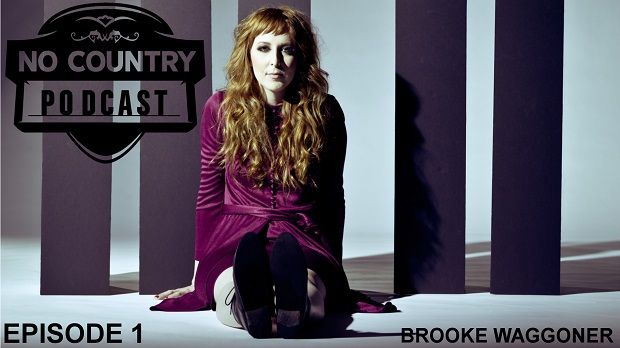 We here at No Country are proud to present the first episode in our new podcast series, and we are beyond thrilled to feature Brooke Waggoner.  In this inaugural episode, Brooke talks about the evolution of her music, the process of obtaining her sound, working with Jack White, meeting Van Dyke Parks, movies and television, and a bunch of fun personal stuff. Trust us, after you listen, you’ll be inviting your new best friend, Brooke, to dinner parties starting this weekend.

The No Country for New Nashville Podcast is made possible by Brad Wilson and Stan Edward, and we have to give a huge shout out to John Davis for the arranging and recording the intro music.  Bios of each are below, and you can listen to the first podcast right after the jump.

Brad Wilson is a music geek working in the recording industry. Among the things he thinks rules, The Wonder Years, Freaks & Geeks, and gourmet root beer top the list. You can find him on twitter @Thebradwilson.  Stan Edward is a radio producer and music industry professional who loves podcasting, live comedy and broadcasting his insanity via social media. You can find him on twitter @stanedward.  John Davis burst onto the scene with Superdrag in the 90’s and 00’s.  He is currently working on his new project The Lees Of Memory.