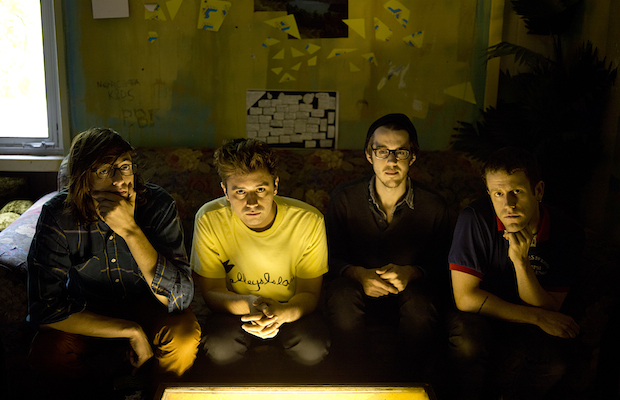 Hailing from Cleveland, Ohio, lo-fi, noisy indie rockers Cloud Nothings have been gaining acclaim and increasing in popularity since their 2009 debut, Turning On, and their 2012 critical breakthrough, Attack on Memory, and have have been staples on the indie rock circuit, but, this year, will make their long-awaited Bonnaroo debut. The band started out as a solo project for singer/songwriter and frontman Dylan Baldi, who recorded all the vocals and instruments for Turning On in an improvised studio in his parents’ basement. When performing live, he would enlist the help of a backing band, which, over time, became Cloud Nothings. After dropping out of college to focus on music full-time, Baldi and Cloud Nothings began picking up serious traction around 2012, and haven’t slowed down since.

They’ve come a long way from basements and laptop recordings, but, still, firmly exist in the buzz-band, blogosphere of hype just below crossover/mainstream recognition; though 2014 might change that. Their latest release (fourth album overall) Here and Nowhere Else dropped earlier this month, and lead single “I’m Not Part of Me” is already buzzing on indie radio stations across the nation. Have a listen below, and be sure to check out the video for one of our favorite tracks, “Hey Cool Kid,” as well. If you like what you hear/see, or you’re a simply just fan of the indie/lo-fi scene, this might just be a band to add to your “to-Roo” list.