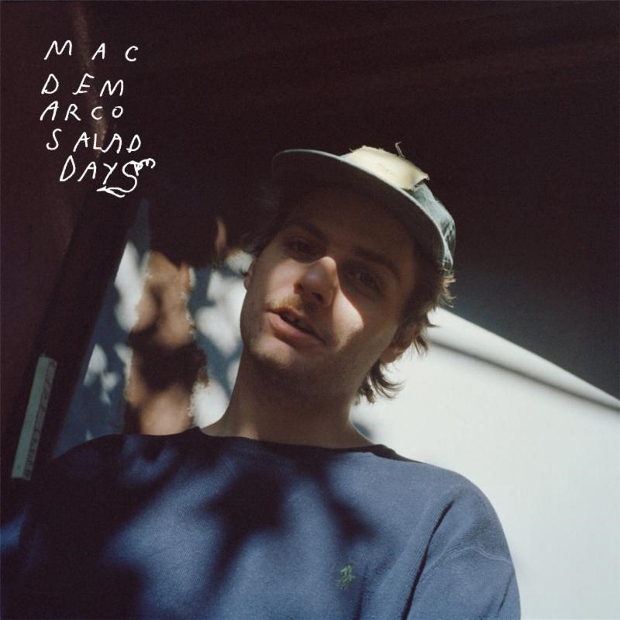 It was only a short time ago that indie rock phenom Mac DeMarco split from his duo, Makeout Videotape, and released his first solo EP, Rock and Roll Night Club, in the spring of 2012, followed quickly by a full-length, 2. Two years later, he’s back at it, with a brand new full-length effort titled Salad Days. After the jump, check out the album in full, and find out more about where you can catch DeMarco live April 16 in Nashville: a free, in-store performance at Grimey’s and a full show at Exit/In with Juan Wauters and JP5.

Originally from Canada, Mac DeMarco has become something of the class clown of the indie rock scene. He first released Rock and Roll Night Club in 2012, just before turning 21. Along with the release came a glammed up image of raunchy promo photos and obscure music videos. Shortly after his newfound success, DeMarco released 2, his debut full-length. As he began performing solo, Mac’s concerts gained a reputation for their comedic and lighthearted vibe, yet audiences sincerely enjoyed the fun and confusion that he brought to the table; similar to his previous musical outings, but a less toned down bizarre facade.

On April Fool’s Day, Salad Days was released. With a more focused approach, DeMarco wrote and recorded its 11 songs alone in his New York apartment. Thematically, it sheds light into the singer’s personal life, a topic he discussed at length in a recent interview. Impressively, Mac played all the instruments on Salad Days, but has recruited a full band for his tour. Sonically, the record holds true to the indie rock genre but has quite the flare of 80’s pop, and, lyrically, it touches on themes like relationships and tour fatigue. Upbeat single “Passing Out The Pieces,” especially, serves as one of Salad Days‘ standout moments. You check out the full album on Spotify, and catch Mac April 16 at Grimey‘s for a free, 6 p.m. in-store performance. Unfortunately, the Exit/In show that evening is totally sold out, so we hope you snagged your tickets in advance; if not, you’ve at least got a shot at Grimey’s and a Salad Days stream, below, to console you.