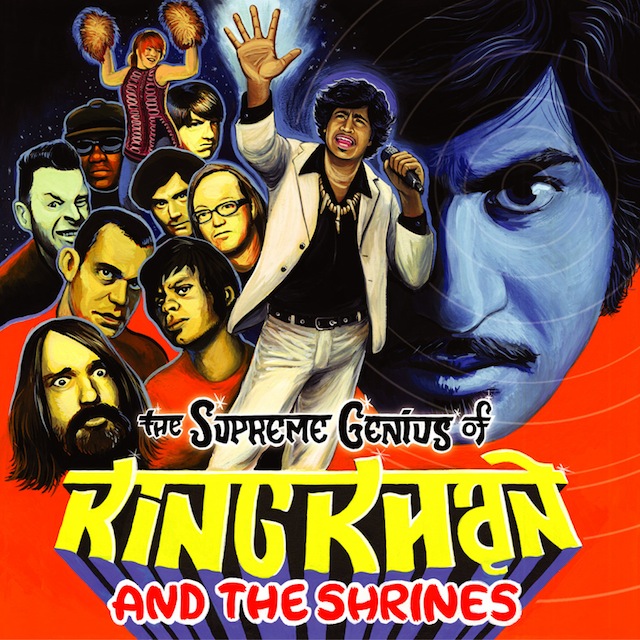 There are certain bands that completely defy genre and categorization. One simply cannot find the proper adjectives to describe their sound. King Khan and The Shrines are one such band. The Berlin-based garage punk rock, psychedelic soul, R&B funk explosion are a sight to see, including ridiculous costumes/stage antics and James Brown showmanship. Force of nature and often scantaly clad frontman Kahn formed the band in ’99, and they have been going pretty strong pretty much ever since, releasing eight albums with various record labels over the years.

However, following a lengthy hiatus (previous album dropped in ’08), the group are out in support of 2013’s aptly titled Idle No More. At any given performance, one can expect shenanigans from start to finish, so don’t be surprised if there is a naked ass or two bounding about, or, if we’re really lucky, possibly even some breasts. Either way, King Khan and The Shrines’ show will certainly be a sight to see, and an off-the-wall performance worth remembering in the vein of Gwar (Roo 2010) … minus the horror movie fake monster blood/puss/ejaculate, subbed for crazy costumes and antics. You can get a feel for what we’re talking about in the video below, and, if you catch ’em in Manchester, be sure to strap in- it will be a doozey.