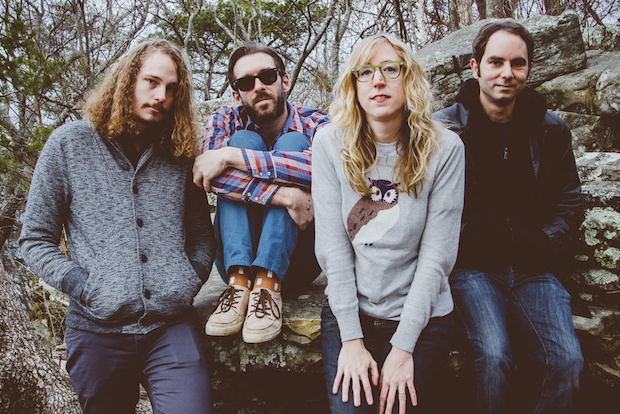 We’ve been keeping an eye on Scale Model for some time now, and it’s for good reason.  After having a listen to their debut LP Star, we understand why our ears have remained perked.  Blending synth pop tendancies with indie rock hooks, this is an album to keep an eye on this year.  Megan Rox vocals are ethereal and dreamy, while the rest of the album makes you want to break into dance regardless of locale.  They brought in some pretty players for this one too with Matt Mahaffey (Self, Beck, Pink, Hellogoodbye) handling mixing duties, while Jeremy Ferguson (Turbo Fruits, Tristen, Forget Cassettes) tracked the record at Battle Tapes.

We imagine some more local gigs are going to be announced around the release, but for now, you can go ahead and mark your calendar to check them out at Sevier Park Fest on May 3rd.  While you are waiting for that to happen though, start digging into Star below.