Bonnaroo Band of the Day: Jon Batiste and Stay Human 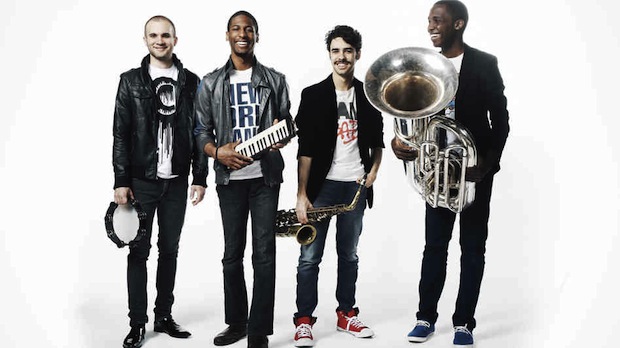 Jon Batiste is an authentic New Orleans bred, New York based, modern jazz virtuoso. His piano playing could rival Thelonious Monk (no bullshit), and his band, Stay Human, evoke elements of blues, pop, soul, and hip hop, rounded out by his R&B and gospel leaning vocals. When it all comes together it’s a mighty fine thing to see. This band is definitely something unique, and not in a cliché or over-stylized way. You can see what we mean a little lower in this post.

Born into a long line of prestigious New Orleans musicians, Batiste started out early and has only grown in acclaim and pedigree. He started his musical education at the prestigious New Orleans Center for Creative Arts before moving on to Julliard at the ripe old age of 18. Pretty much genius status. What where you doing at 18 years old? He went on to earn a masters in music but, now, like almost every other Millennial, he’s trying to put his diplomas to use. In addition to years of performance experience, even more impressive since Jon is only 28, the piano man is an actor, an educator, and the Associate Artistic Director at the National Museum in Harlem. With so much experience under his belt, it’s downright shocking that 2014 marks Jon Batiste and Stay Human’s first trip to the farm, but, after you check them out below, we’re pretty sure you’ll agree that they’re a must-see.