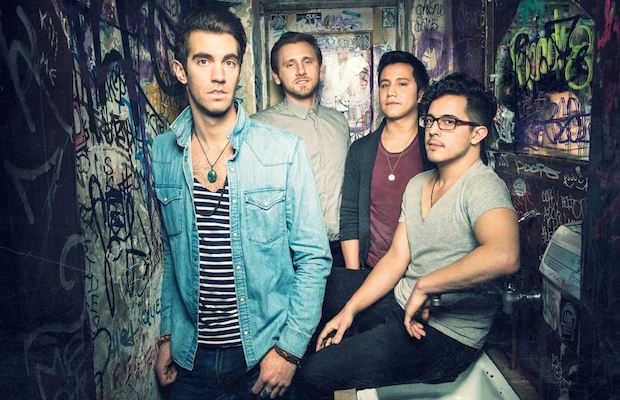 Don’t think you’ve heard of American Authors? Spoiler: you have. Between commercials, movie trailers, promotional spots, and heavy radio play, the Brooklyn by way of Boston group’s breakout single, “Best Day of My Life,” has been nearly inescapable over the past few months. Propelled by the momentum of that track alone, the band have been steadily making festival appearances, late night television spots, and an ever growing faction of tour stops. Just since last fall, the group have gone from opening a show at The End to headlining across the street, at Exit/In, where they’ll perform tomorrow night (April 2) with Nashville’s own Wild Cub and fellow Brooklynites Oh Honey. Grab your tickets here while they last, and keep reading for a more detailed preview of the lineup.

Founded in 2006 under the name The Blue Pages, while attending Boston’s Berklee College of Music, the group now known as American Authors have had the luxury of time to craft and perfect their folk-tinged indie pop sound. Though their debut single as American Authors, “Believer,” which first appeared on their 2013 eponymous EP, gained some radio traction, it was followup “Best Day of My Life,” and its subsequent appearances in commercials for Lowe’s and Hyundai, and later on sports networks, video games, movie trailers, and more, both stateside and abroad, that led to their massive breakthrough success. Their full-length debut, Oh, What a Life, just dropped last month, but American Authors channel a confidence, cohesiveness, and polished performance style few “new” bands can often claim. It’s unclear how far the current buzz surrounding the group will take them, but one thing’s for sure: this is just the start. Catch ’em in a (relatively) small space while you still can!

We know, we know. It feels like we never shut up about Wild Cub. That’s partly because we’re sincerely huge fans, but also because we’re just so insanely proud of everything the Nashville indie rockers have accomplished over the past year. Between signing to Mom + Pop and re-releasing their debut, Youth (check out the newish video for lead single “Thunder Clatter” below), gracing the stage with acts like Vampire Weekend, lining up appearances at countless festivals, performing on network television, and accruing love and critical acclaim from major media outlets and critics alike, Wild Cub have become something of an unstoppable force, and are clearly ruling 2014 so far. This show would be more than worth attending for Wild Cub alone. Bundle them with American Authors? It’s a no-brainer.

Rounding out the bill, Brooklyn guy/girl duo Oh Honey were literally formed during their time as time honey farmers. Channeling a whimsical indie pop sound with folk sensibilities, the group’s sound is sweet as, well, honey. A perfect compliment to American Authors and a welcome primer to Wild Cub, Oh Honey are a strong addition to this lineup and a wonderful reason to show up early.