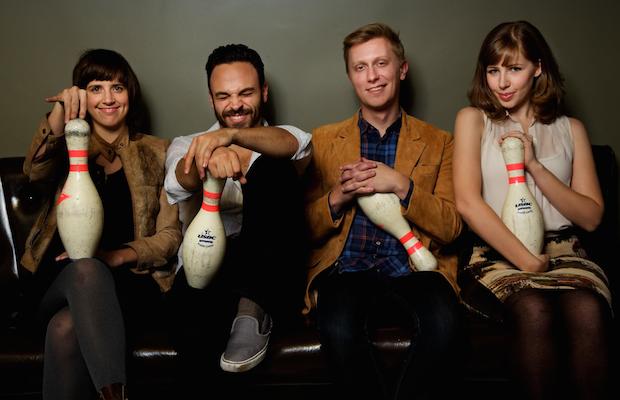 Lake Street Dive are one of those rare acts with the ability to hook listeners right away. You won’t need to time to adjust yourself to the jazzy soul vibes of this Boston-bred, Brooklyn-based four-piece, as Lake Street Dive play music that’s so charmingly likable, it may, in fact, be impossible not to enjoy their tunes, not to mention frontwoman Rachael Price’s unparalleled voice. There’s just something about the dynamic between the players in this decade-old group, perhaps stemming from their formation while attending the New England Conservatory of Music. It’s so incredibly obvious that Lake Street Dive do what they do because they have a lot of fun doing it, and, as a listener, it’s easy to let some of that carefree attitude rub off on you.

The group are currently enjoying a sold out tour in support of their third full-length album, last month’s Bad Self Portraits, but, somehow, have found the time to hit up the talk show circuit a number of times this year, so it’s possible you’ve seen them chatting with the likes of Stephen Colbert or Ellen Degeneres. If not though, you can listen to and watch performances by the band below (we strongly recommend the video). Their funky, soulful tones are going to fit in perfectly at Bonnaroo, and their jazz-rooted indie pop style brings something fresh to the lineup; we can promise you this will be one hell of a show!

WATCH | “I Want You Back” (Live on a Boston Sidewalk)