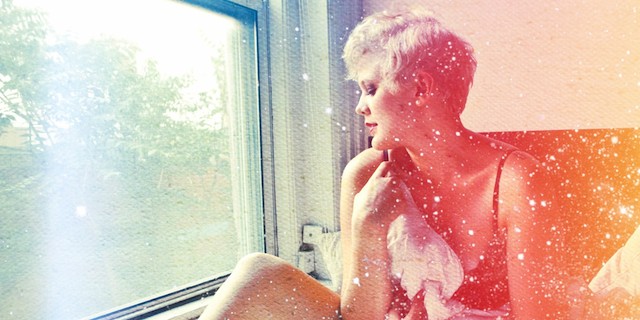 Ever wonder what happens when the music gods play fantasy pop singer? They molded the best of pop superstar Katy Perry with dance queen Robyn to bless us with Australian-born, New York-based Betty Who. After knocking out Perez Hilton’s SXSW party, Who is set to blow up The High Watt TONIGHT for only $10.

Read on after the jump to find out why Betty Who is America’s next sweetheart.

Rave press and reviews have followed Betty Who since the release of her 2013 EP, The Movement. It won “Best EP of 2013” by both Billboard Magazine and Popjustice, and topped The Hype Machine charts. Single “Somebody Loves You” even propelled a viral video to more than 11 million views. So give us a break if we gush a bit about Who.

On the vocal side, Betty Who’s sheer confidence and strength demands comparisons to Perry’s delivery, but lyrically, Who paints “Hey, I’ve been there and felt exactly like that” moments with surprising frequency. With so much generic “let’s party” messaging in the Top 40, these songs refresh our expectations with real-life scenes. But that doesn’t mean she doesn’t know how to hit David Guetta-esque highs. M83 and early MGMT inspire layered and hook-filled beats.

We know that’s a lot of name dropping, but after this show, the only name everyone will want to drop is Betty Who.

Zak Waters is a singer/songwriter with a knack for pop hooks. When not doing remixes for Foxy Shazam and the All-American Rejects, Waters spreads clean vocals over EDM and R&B inspired original tracks. But let’s cut the technicalities: it’s music to straight up DANCE to. His single “Over You” is a perfect warm up to the rest of a high energy set. Stretch it out, people. Don’t pull a hammy.

Cardiknox have only been around since August of 2013, but they’ve already earned attention from SPIN, The AV Club, and Billboard. The NYC duo only have a few singles available right now, but they’re all home runs. Take a look at their video for “Technicolor Dreaming,” and count the 80’s VHS movie references.

Betty Who, Zak Waters, and Cardiknox will perform TONIGHT at The High Watt. The show is 18+, begins at 9PM (doors at 8PM), and tickets are available for $10.