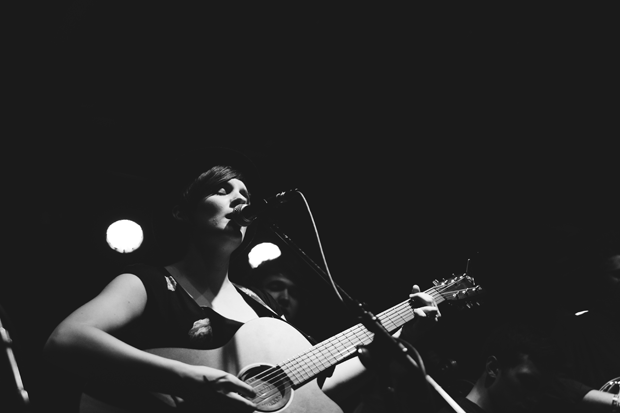 Much has been made of Nashville’s creative community lately. From GQ to USA Today, the press raves about our artists, food, and communities. A new wave of talented songwriters is rushing through Nashville, forming exciting collaborations and taking advantage of our city’s strengths. While borrowing certain elements of Nashville’s rich musical history, these fresh faces pull more heavily from Bon Iver, Feist, Fleet Foxes, and current indie music trends. Thanks to our live events team, No Country Presents, we were able to showcase some of the brightest of this new class: Liza Anne, with Sam Pinkerton and Aliza Carter Band. 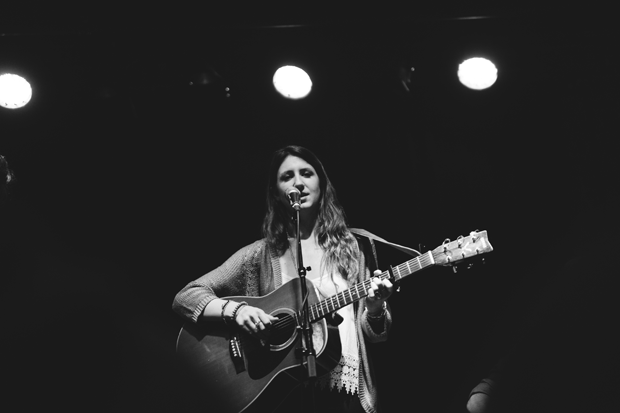 Memphis-to-Nashville transplants Aliza Carter Band got the show going with their glowing, uncluttered sound. One audience member called the brother-sister fronted team “seamlessly soothing.” Plus, they had a cellist! We love cellists. We’re looking forward to seeing more from Aliza Carter Band this year. 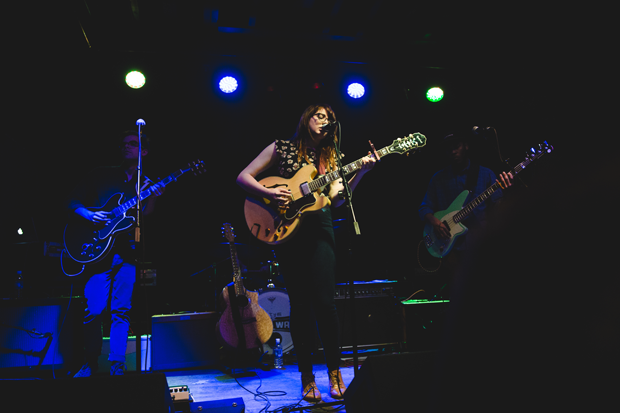 Sam Pinkerton‘s debut album, An Introduction, is full of brilliant quiet moments. Pinkerton surprised us with a live set that let the loud moments shine. We were impressed how well her voice shines when the volume gets cranked up. Melodic and purposeful, the songs emanate a warmth. Even when the lyrics and music are downbeat, Pinkerton’s voice is a comforting presence.

Most artists take cash or card at the merch booth nowadays. In addition to those, Pinkerton accepted Girl Scout cookies. Fact: Someone actually paid for an album with Thin Mints. New trend?

By the time Liza Anne hit the stage, the room was primed. It’s a rare artist that CMT and Ryan Seacrest will both feature. Liza Anne happens to be the only one we’re aware of to have those common. Her recently-released debut, The Colder Months, inspires that kind of diverse praise. 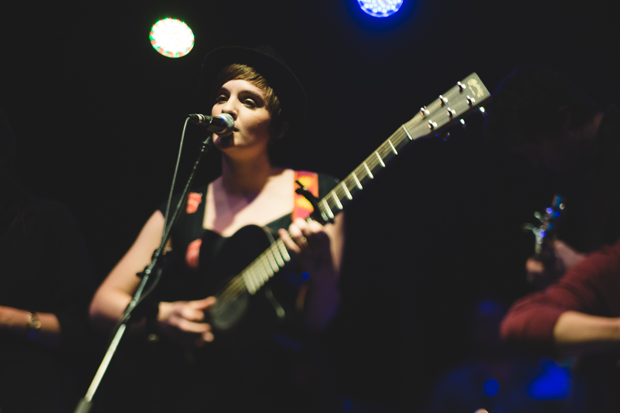 We immediately knew this performance would be different than the house shows we originally discovered Liza Anne. Assured and confident, she hit the stage with a substantial band at her side. Looking around the packed room, Liza confessed she dreamt only one person showed up. Hey, sometimes dreams don’t come true. Liza Anne rolled through pristine song after song, showing off her impressive vocal chops.

Towards the end, Liza Anne brought her bestie Sam Pinkerton back out for a tune. Along with backing vocalist Molly Parden, their three part harmony is a sound you want to trap between your ears and let it echo around your head for days.

Despite Nashville’s sometimes standoffish industry town reputation, the cynics either shut up or stayed home. While not reaching the stoic levels of the Bluebird Cafe, everyone was keenly interested in what these artists had to say. Amazing how musicians with such sincerity, kindness, and relatability can make a difference.

Hat tip to The High Watt for creating a killer mix that night. With these talented artists and staff, that room holds its own among the best in this town.