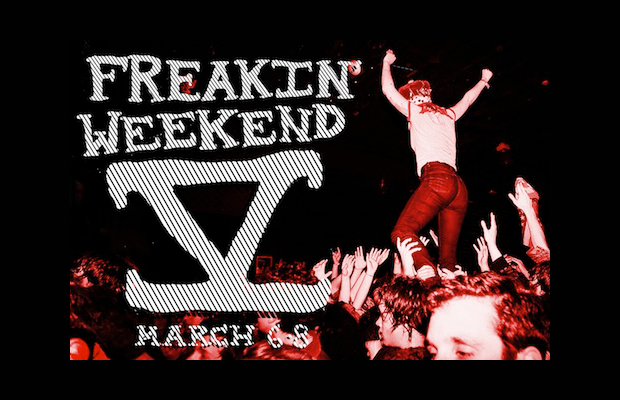 Shocking to think that Freakin’ Weekend is less than a month away. We’ve had quite a few announcements recently from Freakin’ Weekend artists, and the Natural Child single that we mentioned yesterday has us extra stoked for the Saturday night session.  Unfortunately, OBN III’s had to pull out of Freakin Weekend this time around, but the fine folks booking on Elliston have pulled a rabbit out of their hats by adding Ex-Cult and Juan Wauters to the lineup.

Ex-Cult epitomize the killer punk scene that is pouring out of Memphis these days, particularly from Goner Records.  Regular purveyors of the new Tennessee rock sound will recognize the name, but you can check one of their recent Ty Segall produced tracks below.  Juan Wauters is probably best known as the frontman of The Beets, but has since ventured out solo with the release of NAP North American Poetry earlier this week.  The new release has perked enough ears in the industry to land Juan on tour with Mac DeMarco this spring (you can catch them together at Exit/In on April 16th).

While some of you are still whining about OBN III’s exit, we’re pretty sure that you’ll still rock your ass off.  Tickets are available here.