[PREVIEW] The Cunning w/ North By North, Ravenhill and ATA at The End TONIGHT! 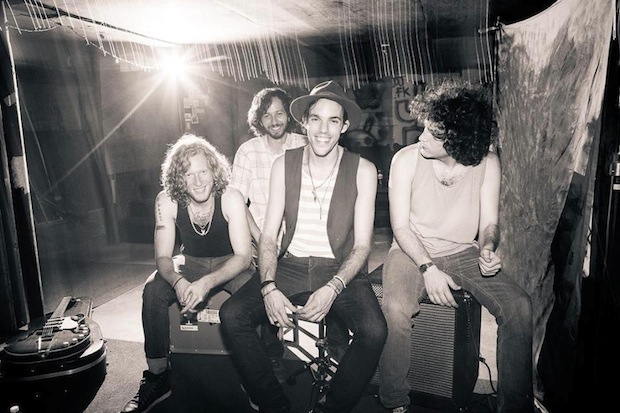 Quickly, what will five bucks get you these days?

A.) Pack of cigarettes.

B.) One frosty pint at your favorite dive.

If you guessed answer C.) then you guessed correctly because we all know answers A.) and B.) will cost you more than a crispy Lincoln. It’s hard to believe but TONIGHT at The End for just $5 you will get to see four awesome (mostly local) bands! It’s an 18+ show and doors open at 9 pm, so get there early to stretch your hard earned dough the furthest possible. There’s a lot to brush up on, so we’ll get right to it after the jump. Read on to find out just what five green backs is worth in Music City.

These four local boys are pure and simple electric rock ’n’ roll with an ex post facto love of Southern rock. The steady buzz that has been following them like a shadow ever since their formation in the summer of 2013 is only growing as they light up stages all over town, including a blistering set they played for 8 off 8th a few months back. Check them out in the video below but beware; they caution on their FB page that they’re only for the “grown and sexy”.

The only non-natives on the bill, this power trio from Chicago is something to behold! If you like Queens of the Stone Age or Jack White (and who doesn’t, especially if you’re reading this blog) then these dudes are for you. Their debut LP Something Wicked is incredible for a band so young and you should buy it here right now! Their spastic and heavy rock has us fiending for a live gig so the rest of the acts on the bill better bring it. Still not sold? Have a taste.

With a FB page index of influences that reads like our iTunes top-25 most played list, we are super curious to see what these power vocal, soul rockers are all about. Believe it or not sometimes great bands fly under our all-encompassing radar. Based on the video below, these hometowners have definitely created a ‘blip’.

This new-to-us Nashville band just dropped their debut EP, Forest Of Our Lives, on January 25th, and, based on our first listen to their take on alternative indie rock, we’re probably going to be hearing more about them in the future.  Have a listen to that debut EP below, and make sure to get out early enough to check them out tonight.

The Cunning, North By North, Ravenhill and ATA will perform TONIGHT at The End. The show is 18+, begins at at 9:30 (doors at 9), and tickets are available for $5.