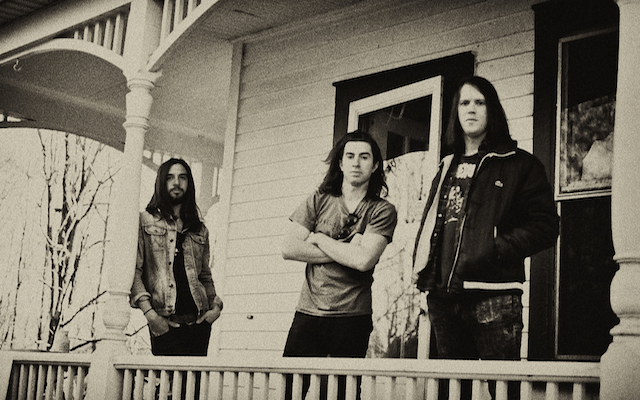 Friends, we sincerely hope you caught our announcement about The Whigs‘ upcoming 5th studio album and recently-released lead single, “Hit Me”. If you’re as excited about the new tunes as we are, you may also be excited to hear that you can catch The Whigs tonight, live and in person. The three piece Nashvillian indie rocksters will be taking the stage of Exit/In with fellow local musicians R. Stevie Moore and No Regrets Coyote for a night of musical debauchery. The whole shebang begins at 9 p.m., which means doors will open an hour ahead of time. If you haven’t gotten a ticket yet, you’re in luck, as plenty are still available for just $14. That’s all the details, but stick with us through the jump for a brief rundown on the bands, as well as some of our favorite videos.

Ah, The Whigs. What is there to even say about these guys? These Nashville transplants have been making Music City proud with their repeat television performances, hit albums, and all around fun atmosphere. The Whigs have dropped four studio albums, toured with the likes of Kings of Leon, and have kept a humble attitude about the entire ordeal. In short, The Whigs are exactly what one wants from a hometown rock act, and it really is your duty to go out and enjoy their dirty riffs and catchy grooves.

Despite it being easier and more accessible to make a record now than ever, musicians that put out more than one record a year are considered fairly prolific. If that’s true, however, with what phrase do we classify artists such as local legend R. Stevie Moore, who has had well over 400 releases since 1969? Insane, perhaps, or at least insanely impressive. The man’s discography has to be held on a different Wikipedia page than his biography. Anyways, if you would like to hear a brilliant sample of that discography played the man himself, be sure to get down to Exit/In in time to hear Moore play. R. Stevie Moore is a living piece of Nashville’s legacy, and all who get a chance to see this stellar musician agree his performance is a once in a lifetime event.

This show really runs to gamut of Nashville musicians. We’ve got The Whigs, your trendy young stars, the genius music of a previous generation from R. Stevie Moore, and No Regrets Coyote, an act still emerging and developing their reputation. The group have labelled themselves as the “bloodiest band in Nashville,” and No Regrets Coyote will appeal to fans of Diarrhea Planet and similar high energy party rock. This band is definitely going to set things off on the right foot, and we highly recommended that you get to the show early enough to enjoy their killer set.