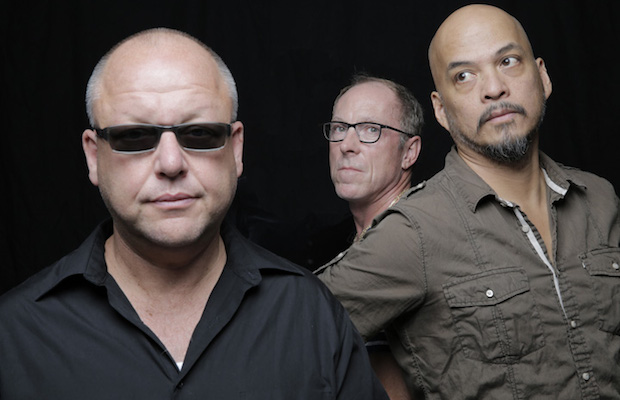 Over the past few months, we’ve told you about the Pixies‘ performance at The Ryman, and brought you news about new music videos, lineup changes, record releases, and more from the Boston alt-rock pioneers. We’ve been looking forward to this one for so long, it felt like the day would never come, but tonight, Feb. 2, is the night! Indie pop duo Cults will support, and, shockingly (chalk to up to Super Bowl Sunday perhaps?), you can STILL BUY TICKETS. Some pretty good ones, even. Those 2nd row balcony seats (as of writing) look killer. Head here to snag ’em while they last, and keep reading to find out more.

Arguably one of the most influential acts in alternative rock, the Pixies got their start in the ’80s, helping usher in the alt rock revolution that would squash America’s metal phase and influence a whole array of huge acts who would dominate radio for the better part of a decade. Though they never got their full dues early on, especially stateside, the band experienced a huge late-career resurgence, and, perhaps, their ’90s-long hiatus helped preserve their legacy in a way few of their peers can claim. For the past decade, the band have been back and increasingly active, touring more fervently than ever, and, as of last fall, have finally even started releasing new music. Though the 2013 departure of original bassist and founding member Kim Deal is quite a blow (the talented Paz Lenchantin will fill her spot tonight, but, of course, no one can replace Kim), Pixies are still one of the greatest and most important bands in American musical history, and, in 2014, it’s kind of astounding that you can still see them perform, and at The Ryman no less.

New York band Cults are the classic tale of boy meets girl, boy falls for girl, boy and girl start writing indie dream pop in their spare time, three demos on Bandcamp get noticed and resonate throughout the blogosphere, and bam, the band becomes a certified hit. You know, that old story. Comprised of Brian Oblivion and Madeline Fallon, Cults’ self-titled, 2011 debut helped earn the duo plenty of hype and tons of cred with its unique and infectious indie sound. Their breakout hit, “Go Outside,” is a certified masterpiece, blending layered, ambient dream pop with laid back, retro girl group harmonies. Last year’s sophomore effort, Static, takes everything we loved about the debut an intensifies it, channeling a more focused, matured sound and road-worn confidence. Show up early, or you’ll truly be missing out.