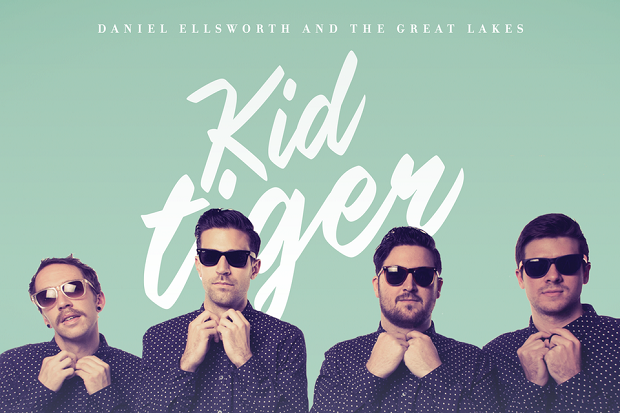 One of our favorite local acts, Daniel Ellsworth & The Great Lakes were busy boys in 2013.  They toured incessantly, but managed to return home to us here in Nashville on more than one occasion (including our Beck Songer Reader – Two Year Anniversary Party, thanks again guys).  So, we were very excited to get our hands on the first single from their upcoming Sophomore LP, Kid Tiger, due out on March 4th.

The new record was engineered by Grammy Award winner Vance Powell (Jack White, Kings Of Leon, The Whigs), and it was live tracked to capture the energy of the band’s live shows.  If you ever seen DE&TGL live, you know what that means!  You can check out the first single “Sun Goes Out” below, and see why Kid Tiger is already one of our most anticipated local albums of 2014 (spoiler: we’ve heard the whole record, and it is fantastic).

For those in the know, Daniel Ellsworth & The Great Lakes are throwing a record release party with locals Alanna Royale & Blank Range on March 8th at Exit/In, and you can go ahead and grab tickets for that one right here!