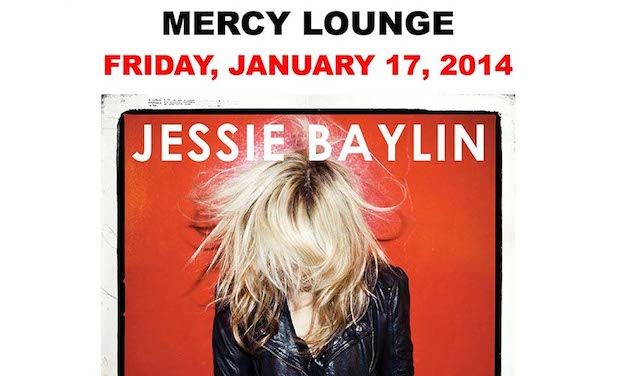 Hear ye, hear ye. Local pop songstress Jessie Baylin is set to perform a rare hometown show this Friday at Mercy Lounge, and we’re giving away a pair of tickets to one lucky reader to check out the show.  The Watson Twins will be opening, and, those of you in the know, will realize that this is likely to be THE show of the weekend.

We’ve run down the acts and have the contest details below.  If you already know that you must be there, you may as well just snag those tickets right here.

It’s been a minute since we’ve heard from Jessie Baylin. She turned heads in Nashville and beyond with her 2012 release Little Spark, which was produced by touring Shins member and world class producer Richard Swift. Little Spark had our attention as soon as it was released, and still finds its way under the needle of the No Country turntable. It employs numerous traditional pop sounds while swaying through a decades deep spectrum of great vocal influences, and we’ve been eagerly awaiting a followup release from Baylin. Yes, we know that she has been busy as a new mother (with Kings of Leon drummer Nathan Followill), but rumor from the Thirty Tigers camp is that we can expect new music from Baylin in the very near future (perhaps in 2014)! Could we possibly hear some of the new tracks on Friday night? Perhaps you should dial your radio into Lightning 100 at 9am on Wednesday ,when Jessie sits down to chat life, music, and the future.

The Watson Twins burst on the scene with their 2006 collaboration with Jenny Lewis, titled Rabbit Fur Coat.  This  was almost simultaneously released with their debut EP, Southern Manners.  Needless to say, the folky pop-tinged duo of identical twin sisters were on the map.  Since 2006, The Watson Twins have released three more records, including the poppier-than-ever September 2013 long player Pioneer Lane.  You can have a listen to that record below to understand why this may be the perfect fit to open for Baylin.

Must be 18+ to enter, per the show’s age requirements. A winner will be announced Thursday, Jan. 16, 2014, at 4 pm, and will receive a pair of tickets. For a bonus chance to win, RSVP to the event here, and share it on your Facebook wall. Enter below (you will be redirected to your e-mail, where you will need to hit send):