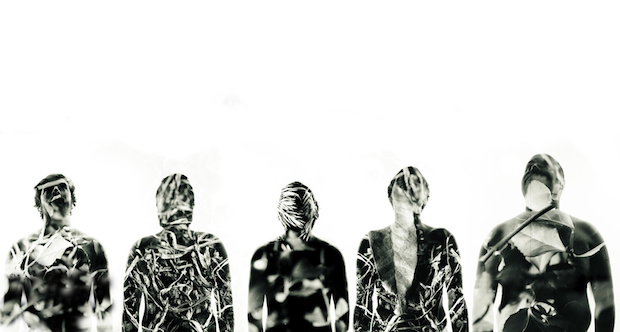 Rock kids love house shows, and the up and coming rock bands are playing more and more house shows around Nashville.  Tonight is no different as St. Louis rockers Foxing are joined by Nashville upstarts RΔCHEL over at Neuhau5 on Stewart Place.  We’ve got a bit of a run down on the show below, so get out to see some live music.

Foxing have created quite a stir since bursting onto the St. Louis rock scene in 2012.  The emo rockers were named the best new band in their hometown by the Riverfront Times, and have drawn similarities to Broken Social Scene or Sufjan Stevens. The emo scene is definitely on the upswing, and it leaves bands like Foxing on the forefront.  Pitchfork recently reviewed their first single, “Rory”, from their debut LP The Albatross, and it just seems to be a matter of time before more outlets grab a hold of this up and coming band.

We first got to know RΔCHEL when they opened for Beach Fossils and Sol Cat at the Bohéme Collectif back in November.  The lo-fi emo indie popsters will be the perfect opener for Foxing. Their emotional, laid back, experimental style is something that you should keep on your radar, and you can get started by listening to their most recent EP Sorry.

Foxing and RΔCHEL will perform tonight (1/13/14) at Neuhau5. The show starts at 8pm, and it’ll cost ya $5 at the door.  More info can be found at the Facebook event page.