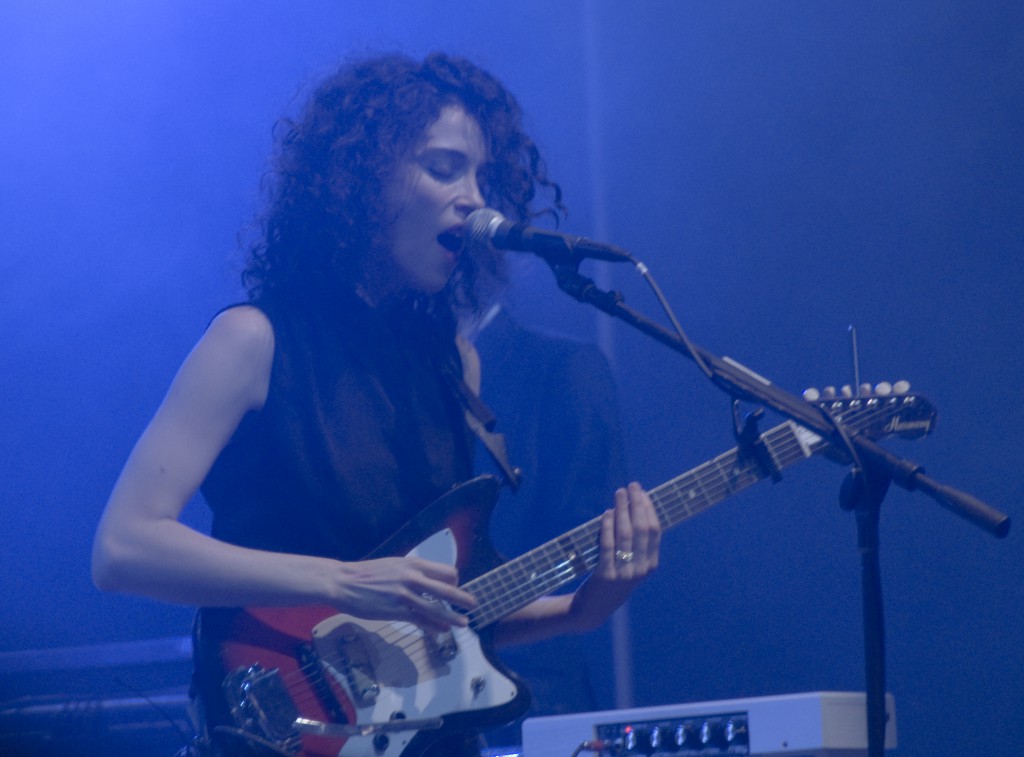 Art popstress Annie Clark (dba St. Vincent) has been making some of the most out of this world, head turning, pop music for almost a decade now.  Her 2011 release Strange Mercy topped our lists for best album of the year, and is still in pretty regular rotation for at the No Country camp.  Last years wild collab release with David Byrne, Love This Giant, brought two of the most eclectic performers in the art-pop genre together for what we could best describe as insanely experimental.  She is gearing up for the release of her 5th full length, and that means an upcoming tour to support.  From what we have heard of the upcoming self-titled release, it adds quite a bit more electronic aspects that some of her previous work, but, from first listen, it is likely going to be topping a lot of Best of 2014 lists upon it’s release on February 25th.

The tour to support has a Nashville date at Marathon Music Works on March 7th, and tickets went on-sale this morning.  The show starts at 8pm (doors at 7pm), is 18 and up (unless accompanied by a legal guardian), and advance tickets will run you $22.  Based on our past two experiences with St. Vincent, this is a show not to be missed.  If you didn’t grab the tickets above, get them here, and click below to check out the new track, “Birth In Reverse” below.