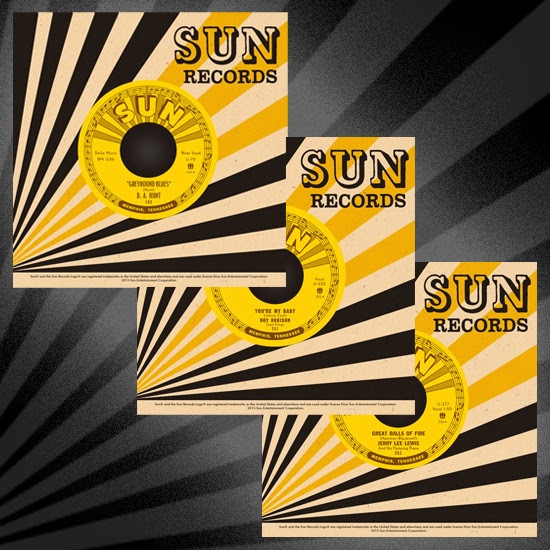 Third Man Records announced this week they are releasing the second installment of their Sun Records reissues. They are building on the success of their prior Sun Records re-releases by bringing us freshly pressed 45s from D.A. Hunt, Roy Orbison and the Teen Kings, and Jerry Lee Lewis.

All three releases remain faithful to their original 1950s recordings and demonstrate the variety of stunning music that was coming out of Sun Records at the time. Get your blues fix with D.A. Hunt’s “Lonesome Old Jail” b/w “Greyhound Blues,” daily dose of rockabilly with Roy Orbison and the Teen Kings’ “Rockhouse” b/w “You’re My Baby,” and your balls rock n’ rolled off with Jerry Lee Lewis’s “Great Balls of Fire” b/w “You Win Again.” Check out some Youtube clips (that barely do the songs justice) after the jump.

We hesitated to post these videos because the sound quality is nothing like what Third Man Records is offering. But we decided that some of you might want a taste of what to expect.

Online videos with D.A. were pretty scarce, but we scrounged up this recording someone put on Youtube.