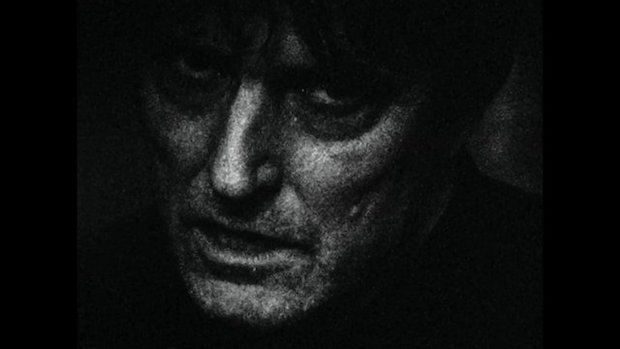 If you aren’t heading out to eat your body weight in biscuits while watching Deer Tick or going to “act mature” at the SuicideGirls romp through Marathon Music Works, you are likely heading west to The Stone Fox for a very special evening with acclaimed Nashville by way of West Virginia songwriter Stone Jack Jones.  Top that off with the likes of Meadownoise, Lionlimb, and Sam Smith, and you are going to be in for a night that we can only really dial in as eccentrically avant-garde.

Stone Jack Jones is almost one of those living legends, even though he really isn’t… yet.  Growing up in West Virginia to a multi-generational family of miners, Jones broke the familial mold to become a songwriter, and created a new mold that won’t be often duplicated.  The acclaimed songwriter possesses listeners with an experimental, ethereal folk presence that is entrancing, even if emotionally torn and somber.  We first got to know, the now Nashville resident, with the release of his mixed bag experimental rock and pop in his release 2006 of bluefolk, which, of course, sent us search back to find the equally experimental, 2002 release of Narcotic Lollipop (which we honestly connected with more).  Legendary producer Roger Moutenot (Yo La Tengo, Sleater-Kinney, Tennis) was involved in those past releases, as was Patty Griffin.  Both will be involved in the upcoming Stone Jack Jones release, Ancestor, coming out in March 2014, and from what we’ve heard of that new record, you can expect more of the same with a vein of toned down and mature Bonnie-Prince-Billy-esque experimental awesome.  You can get your first taste of the new album with the video for “Black Coal” below.

Local experimental multi-instrumentalist, Matt Glassmeyer, is infrequently pursuing his solo project, Meadownoise, when not out making it happen with the likes of Lambchop or fooling around with his various other projects. Meadownoise has a tendency to take shows off the experimental deep end (albeit in a pretty awesome way), and this bill seems like the perfect fit. Check out the interesting new single “Hair Just So” to get an idea of what we are talking about.

Chicago based psych pop outfit Lionlimb has made a minor splash with their track “Rot”.  We don’t know a ton about these guys other than this song… and the fact that it will provide another twist to an already stellar lineup for tonight.

Nashville’s Sam Smith will start things off. While he may sound like he is a more straightforward singer songwriter than the rest of this bill, based on some demos we’ve heard of his, we think you might be in for a surprise here too. Needless to say, get there early for this one.

Stone Jack Jones, Meadownoise, Lionlimb, and Sam Smith will perform tonight (12/4) at The Stone Fox. The show is 18+, begins at 9pm (doors at 8pm), and tickets are available at the door for $5.