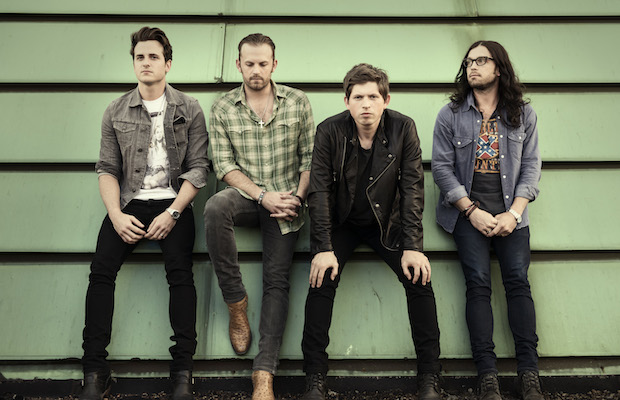 Lots of updates in Kings of Leon land! The Nashville rockers, who recently released their best album in awhile, Mechanical Bull, have just dropped a brand new music video for “Beautiful War.” The six and a half minute epic is something of a short film, revolving around themes of impulsive actions and their repercussions; a compelling, fun narrative backdrop for an understated, haunting track. Watch “Beautiful War” after the jump!

More news on the KoL front: set those DVRs, because the boys will return to Saturday Night Live as musical guests on Dec. 14, with host John Goodman (the following week’s Christmas episode will feature Jimmy Fallon and Justin Timberlake, so you might want to go ahead and set your DVR for that one as well). SNL airs on NBC at 10:30 p.m. CST.

And, as you already know, the Kings will play their first hometown show in over four years, Feb. 7 at Bridgestone Arena with Gary Clark Jr. Tickets are on sale now, grab ’em while they last!

The Menzingers to Play The End Jan. 21 | Grab Your Tickets Now!