The Menzingers to Play The End Jan. 21 | Grab Your Tickets Now! 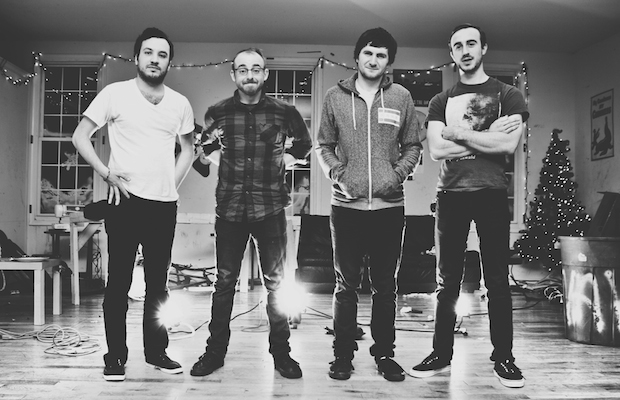 We named their 2012 piece of punk rock perfection, On the Impossible Past, one of the top ten albums of the year, and now, finally, Pennsylvania’s The Menzingers have announced their first Nashville date since its release. Formed in ’06 and with three records under their belt, it took until Impossible Past for the quartet to properly find their voice. And, when they did, the critical acclaim rippled through the underground punk scene in a huge way. Pop punk (with an emphasis on the punk), The Menzingers represent everything great about about the scene that raised then, channeling a sincerity, earnestness, aggression, and energy that is unparalleled.

Their upcoming headliner will stop at The End on Jan. 21, and Off with Their Heads and Nashville’s own Free Throw have been tapped to support. Tickets are available now for just $13, and we’d recommend picking them up in advance; there’s a good chance this one will sell out! Whether you’re a longtime fan of a punk or you’re a newcomer, The Mezingers are an unbeatable act worth checking out, and already one of our most-anticipated shows of 2014.