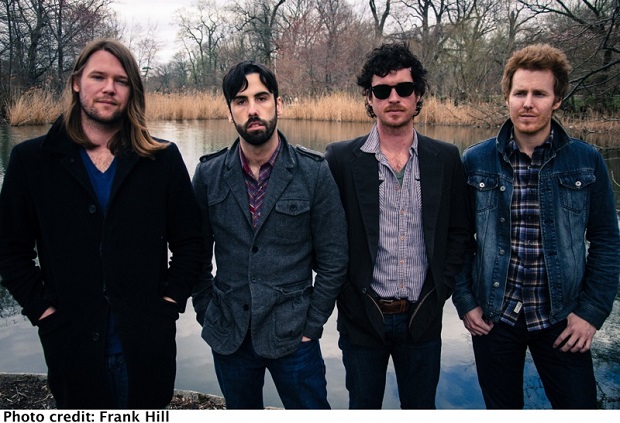 Speaking of bands that just recently got the nod to be showcase performers at 2014’s SXSW, Ha Ha Tonka is amongst that crew of just announced acts, and they are performing in Nashville tonight.  This band pinged our inbox and radar a few months ago, and we’ve been waiting for this Nashville date to get them on your radar as well.  Things get started around 9pm with opener Samantha Crain, and you can still grab tickets for the gig right here.  Previews of both acts are below.

Funny name, right? Named after the famed Missouri state park, this band may be pretty, but we would hardly call them serene. Harnessing elements of indie rock and folk, these guys are like taking a bit of Spoon, The Lumineers, & Dr. Dog, shaken not stirred, and then serving them up on a platter of originality. It’s no wonder that these guys got a SXSW nod, they have a sound that is accessible on the first listen, but maintain the indie vibe that keeps most of us over here going. You can check out a few of their tracks below to get an idea of all of those adjectative descriptors that we threw at you above.

Singer songwriter Samantha Crain has taken some of the common harmonizing techniques seen in the genre today, and incorporated that with some absolutely stellar songwriting that could easily challenge some of today’s country musicians, but may even give some of our favorites like Sufjan Stevens a run for their money. Throw in the killer effects seen in the video below, and you won’t want to get to this show late.