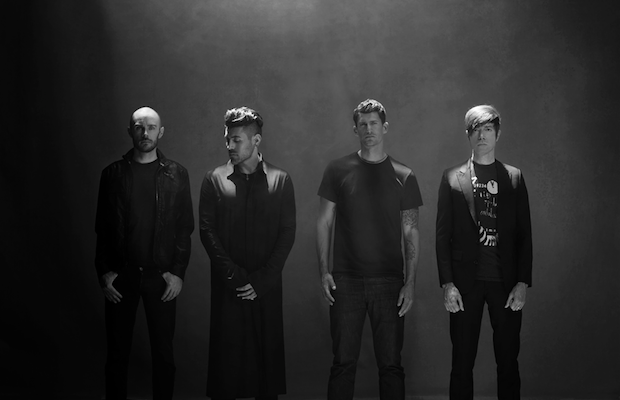 After a bit of a breather, California punk outfit AFI (short for A Fire Inside) returned with a killer new album, Burials, and their first U.S. tour in over four years, earlier this fall. Fans are clearly clamoring for more, as the group have just announced another leg of shows, this time including a Nashville stop, Jan. 25 at Marathon Music Works. Though they’re best known for mid ’00s hits like “Girl’s Not Grey” and “Miss Murder,” AFI actually started as a much heavier punk and post-hardcore act with an affinity for dark, horror-inspired imagery, in the early ’90s. Countless tours and underground releases later, the band found mainstream success with the pop punk-leaning Sing the Sorrow in 2003. These days, AFI are sporting an even more mature, industrial/alt rock sound, but don’t think for a minute that they’ve lost their spark. Singer Davey Havok is still a force to be reckoned with, and Burials is as inspired, angsty, and ferocious as ever. Tickets for this one go on sale this Saturday, Nov. 23, and will cost $26 in advance, or $28 the day of the show. Things begin at 8 p.m. (7 p.m. doors), and it’s 18+. Support has yet to be announced. We’ll see you there!