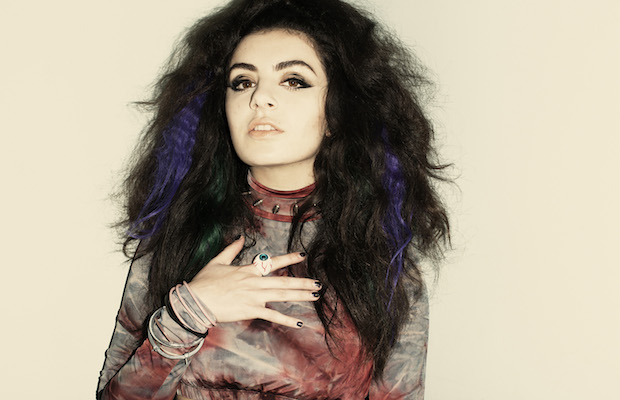 British dance pop darling Charli XCX was originally slated to perform at Mercy Lounge nearly two months ago, on Sept. 24, but ended up postponing her entire tour in order to pursue a last minute opportunity to support Paramore on a UK stadium run. At the time, she promised fans that she’d be back, and tonight Charli will make good on her word. If you snagged a ticket back in Sept., it’ll be honored for tonight’s show. If not, you can still grab one here. Charli was one of our favorite things about this year’s Bonnaroo, and criminally underrated LA indie rockers Kitten are set to support, so keep reading to find out you really don’t want to miss this one!

We raved about her Bonnaroo appearance, we caught her cohorts Icona Pop at Exit/In over the summer, and now we’re beyond ecstatic that the day has finally come for Charli XCX‘s first Nashville show, and a club show at that (when it just as easily could have been an opening spot for a much larger tour). At only 21, Charli (born Charlotte Aitchison) has already amassed more worldwide buzz than nearly any other singer in her scene and demographic. Responsible for co-writing Icona Pop’s massive hit “I Love It,” XCX released her own label debut, True Romance, earlier this year, to nearly universal critical acclaim. Active in the industry since her early teens, Charli is at once the embodiment of the new, young re-embrace of electronic music and rave culture, while also something wholly unique, organic, and more relevant in of herself- not a product of a passing fad, but a powerful, talented tastemaker in her own right. If tonight is half as good as Bonnaroo, Charli is poised to set the live performance bar for the rest of November (and we have a feeling tonight’s show will be even better than her Bonnaroo set).

Channeling elements of indie rock, post-punk, dream pop, and dance music, LA’s Kitten are a great, natural fit to support Charli (who also performs with a full band live). With their full-length debut slated to arrive next year, and two major label EPs under their belt, the duo, which consists of Chloe Chaidez and Bryan DeLeon, have performed with the likes of Paramore, No Doubt, and Electric Six, and have graced the stage at countless festivals. Their sound is ecclectic, their stage show is infectious, and frontwoman Chloe Chaidez is a force to be reckoned with. We’re kind of shocked that these guys aren’t the biggest band in the world yet, but also excited to still have the opportunity to see them play intimate rooms. While you wait for their highly anticipated new record, check out their brand new video for “Like a Stranger,” below.