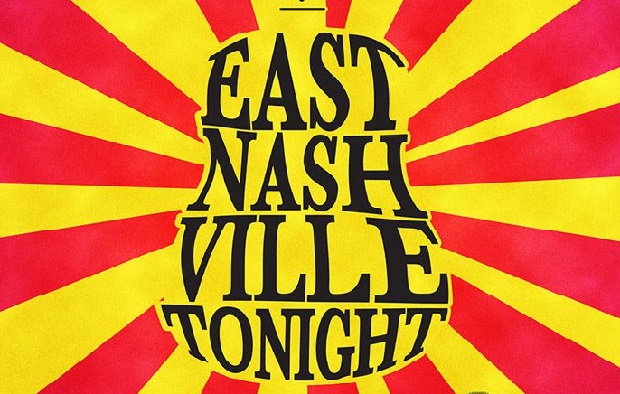 In February of 2013, the Barnes Brothers attempted to shoot a documentary about the lives of Todd Snider, Elizabeth Cook and other touring songwriters residing in the burgeoning East Nashville neighborhood. They failed. Instead, drugs and booze took over. They ended up with: East Nashville Tonight.

That’s how the website reads when you seek more information about the film, and it was one of the tantalizing reasons that we kept searching. Brothers Brad and Todd Barnes set out to make a straightforward documentary about a few artists, but, like most good things in life, circumstance took over and the project evolved. Does watching documentarians wander through your native stomping grounds yakkin’ it up with some of your favorite bands sound like a good time? Of course it does! That’s why you should head over to The Belcourt tonight to watch the premiere with a bunch of your friends, and then you should go ahead and buy that puppy to watch it over and over again tomorrow!

The premiere gets going at 7:30pm tonight at The Belcourt, and there is an after-party featuring performance by Elmo Buzz & The Eastside Bulldogs too. You can grab tickets for the event here.

The failed documentary features good times from some of your favorite artists like Todd Snider, Elizabeth Cook, Tim Carroll, Chuck Mead, Turbo Fruits, Paul Griffith, Kieran Kane, Patton James, Tanya Coe, Peter Cooper, Kevin Gordon, Amanda Shires, Jeff Austin, Bones Hillman, Suzi Kipp, Craig Smith, Dana Delworth, Eric McConnell, JJ Johnson, Phil Kaufman & more. Do your part to support our local music scene by checking this out, buy a copy, and join us tonight to check it out. You can get in the mood by checking out a couple of trailers below.

Learn more about East Nashville Tonight at their website.