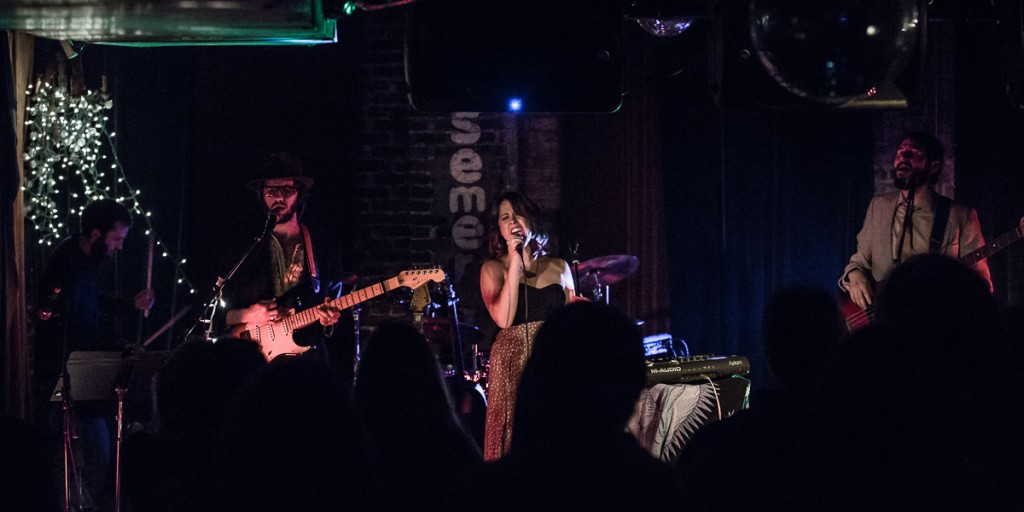 Part of the reason I started contributing to No Country was to discover great bands that I was missing. It might sound like an unforgivable sin living in Middle Tennessee, but I consider myself exceptionally ignorant when it comes to music in Music City. This concentration of talent comes from newcomers and old favorites alike, overwhelming even the most seasoned of music listeners on a weekly basis in a monsoon of promising shows and events. There’s simply too much to do, and, despite advances in cloning technology, I’m still only one person.

So I turn to my friend Shawn Jackson; a photographer who possesses the skills and experience of a veteran while still keeping the energy and humility of someone who just picked up their first camera.

Asking him “Just what the hell are we gonna do this week?”, his response is “The same thing we do every week Pinky: Go see a great show”.

Sharing that, I have a confession to make: I’m REALLY not into the whole Americana scene. Nor am I really into Country music. I know that’s a real shocker considering the name of the blog, but I’ve only had a handful of good experiences with both. So, when Shawn tells me that his friends are in The Oak Creek Band, my nepotism-detector instantly goes off. But Shawn and I seem to have similar tastes, and after attending Joe Satriani, Queens of the Stone Age, and the Hillbilly Casino/Unknown Hinson/ Reverend Horton Heat, I’m willing to roll those dice despite not knowing where my piece sits on the board.

This show was a CD release party for The Oak Creek Band,  but also featured Angelica Rockne, Scott Revey, Down Home, and The Electric Hearts. I was blissfully ignorant of all of these bands until I did a preview for the show. While not an avid fan of anyone on the bill, each one of the acts demonstrated a level of talent that, at the very least, whetted the appetite of curiosity, and I found myself looking forward to the odd dimensions of The Basement.

Meeting up with Shawn, we find a table at the front. Angelica Rockne takes the stage. Her pre-show demeanor seemed to indicate butterflies in her stomach, but she stands before the crowd with an elegance that makes it look so simple. Watching her play gentle notes over ancient heartbreaks makes you think she’s a wizened soul. By the time she gets to “Game for Two,” she’s out-singing herself, and her ability to play which indicates promise.

Scott Revey assumes the stage next. The pipes on this guy make you think that there’s a boiler whose pressure gauge is flirting with the red line. His volume and pitch waste little time blowing the audience away. Singing tunes that delve into light funk, Revey is backed up by friends who look like they’re a part of another band, but coordinate with the sound quite nicely. That makes sense, considering that Revey has an excellent sense of timing, even commenting on the ill-suiting ambiance of the light show. He was probably my favorite performer of the evening, with a quality so polished he actually got requested for an encore. I generally shy away from anything I regard as “Top 40 radio friendly”, but damn.

Another intermission, and suddenly there’s a blonde woman at my table talking up the next band, saying that it would be impossible for me to be disappointed. And, while I later found out that this woman was the mother of the band’s lead, she was absolutely right. This was a fast-paced act that re-payed every cat call and shout with an uncharacteristically fun time (regarding of course my limited exposure to the genre). Here we have another very fun act that has molded its own identity, creating a group that distinguishes what could be admirable about this style of music. Somewhere in the mix their reverence of the stage, the adoration felt by the audience, and the full utility of the light show, Down Home gave a performance worthy of the War Memorial Auditorium.

The next act had caught me completely by surprise. Trading in their Rocky Mountains Highs for that down-to-the-dirt vibe only Nashville can provide,  The Oak Creek Band is the effort of a chamber orchestra coming from a quintet of limitless music potential. Memorable duets over the well-oiled machine comprise an exciting vanguard into unplumbed musical territory that instantly registers with the crowd. Taking a lot of familiar elements and blending them into an infectious verve and sound that’s hard not to like. Take with that the fact that these are some of the nicest folks you could meet at an event, it’s no wonder these guys had all the other bands kind of looking up to them.

The closer for the night was No Country favorite The Electric Hearts.  I recognize now that the war paint on the lead singer Jessica Breanne’s face should have been a tip-off that we were about to be rocked pretty hard.  But you’re blinded by her sweet look and manner of speech, which you’d expect instead from a new coworker introducing herself for the first time.  When the drum, bass, and guitars got grooving, she transformed into a seductive hellcat, whooping out bluesiness while dancing around the stage like she owned it.  The strong influences of psychedelia to the music reminded you in a way of Jefferson Airplane and Janis Joplin. Now, wrap that in a modern context that forges a strong connection, and you’ve got a band comparable to the Alabama Shakes in terms of working a crowd.

All in all, it was a fantastic night of music, and we have the pictures below from Shawn Jackson to prove it.