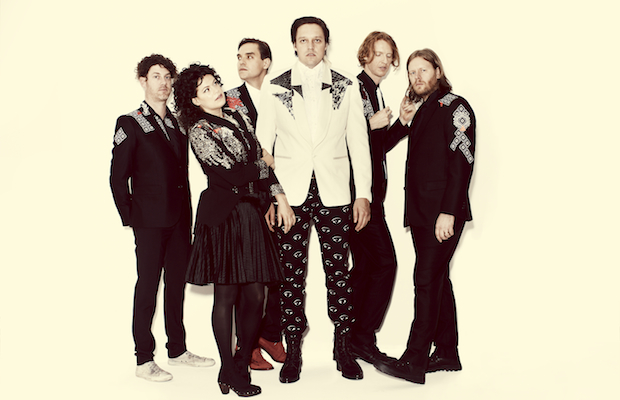 Just two weeks after landing a number one debut with their latest (and downright amazing) release, Reflektor, Grammy Award-winning indie rockers Arcade Fire have announced their first proper North American tour since 2011. After their recent listening party at Grimey’s, a Nashville date seemed like a sure-thing, and, with this new announcement, our suspicions were confirmed. The band will perform at Bridgestone Arena on May 1, 2014, marking their first Music City appearance since The Ryman in 2010. Support has yet to be announced, and tickets will go on sale next Friday, Nov. 22, at 10 a.m., with a pre-sale beginning Thursday, Nov. 21, at 10 a.m. To snag pre-sale tickets, use the password ‘reflektor’ here. Prices range from $39.41 to $72.47 after fees. Also, a topic of some controversy: Arcade Fire ask that you arrive in formal attire or costume.

The tour itself is split into three legs, broken up by runs in Australia, South America, and a summer of festivals in Europe. The band’s routing would strongly suggest an appearance at this year’s Coachella (April 11-13 & 18-20), and also frees them up for Lollapalooa (Aug. 1-3). Unfortunately, Arcade Fire’s festival schedule for Europe almost certainly rules out this summer’s Bonnaroo (June 12-15), unless they intend to fly back for a one-off. That makes Bridgestone your best bet, so don’t procrastinate on snagging tickets!