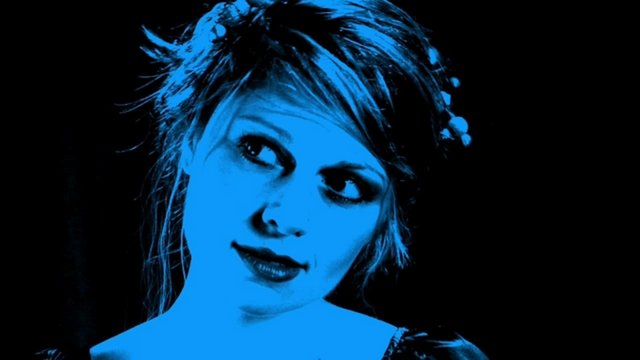 Every so often, a singer forcibly jumps out of the fold, holding audiences captive and forcing listeners everywhere to scratch their heads and wonder how someone could even have a voice that spectacular. The last time we at No Country felt this, it was while checking out the Kate Tucker and the Sons of Sweden video embedded below the jump. This  Nashville based quartet is the second incarnation of The Sons of Sweden, but rumor has it this version is new and improved, which means you really should make an effort to catch their show tonight at the Stone Fox with fellow opener and No Country favorites Foreign Fields and headliner Basia Bulat, the Canadian autoharp virtuoso. The show starts at 9 PM and tickets are only $8, but be warned this show is 18+.

The autoharp may not be the most favored instrument on the tour circuit these days, but on the rare occasion that you do encounter a skilled autoharpist, go ahead and stop what you’re doing to listen. When combined with the touching vocals of Basia Bulat and the tight harmonies of her backing band, Bulat’s autoharp provides a crystalline clear tone that resonates with the soul of the listener. Give the video below a listen, but be warned that once the embed is finished, you will want to go her to show tonight.

You might remember Foreign Fields from our glowing review of their recent EP, Tuscaloosa, but if you didn’t get a chance to check that out, you’ll just have to take our word that the wintery sounds of this folk duo are worth your time and money. If the sultry, ethereal sounds of Bon Iver are to your liking, give Foreign Fields a chance. Who knows, you might just be surprised by introspective twists and reverb drenched turns of their tunes.

KATE TUCKER AND THE SONS OF SWEDEN

A couple years ago, indie folk rock quintet Kate Tucker and the Sons of Sweden broke out of the Seattle music scene with heavy CMJ and Starbucks radio airplay. Since then, the band has moved and reorganized with mostly new members. Now a Nashville based quartet, the second incarnation of The Sons of Sweden still have that creative edge that garnered them success in the first place. For instance, each of the ten songs on their new album, The Shape The Color The Feel, was given to a different filmmaker or visual artist to interpret. The video should be released to the public in a few weeks, but in the meantime, you can check out this awesome tonight at the Stone Fox.

Basia Bulat, Foreign Fields, and Kate Tucker and the Sons of Sweden will perform 11/12 at The Stone Fox. The show is 18+, begins at at 9 pm (doors at 8 pm), and tickets are available for $8.