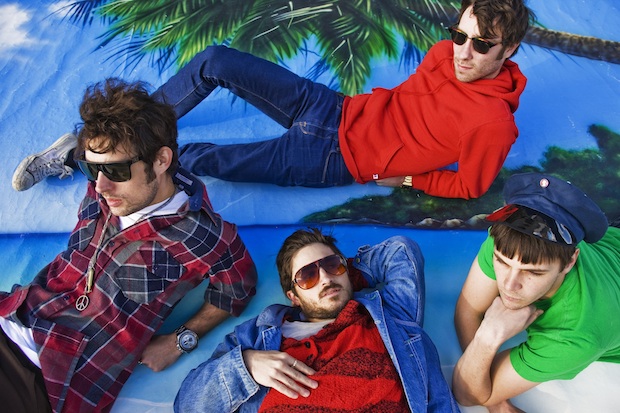 Cold weather got you down? Has your Sunday been anything but a fun day? Come on down to Exit /In tonight and let the Black Lips bitch slap your blues away! Trash-pop trio Tweens and country-infused rockers JP5 will warm you up and get your blood pumping before the main event. Also, if your lips can never be black enough, come to The Stone Fox at 6 for a FREE viewing the new documentary “Kids Like You and Me” about the guys’ crazy tour of the middle east, something almost unheard of for an American rock band. Has your curiosity gotten the best of you yet?

Easily one of the best bands to come out in the last 15 years, the hellions hailing from Atlanta have a cult following and helped build the skate punk, garage rock movement that has exploded into popular consciousness in recent years. Tales of phallus flailing, loogie hacking, and all other sorts of on-stage shenanigans have helped build a unique mystique that isn’t just shtick. Listen to them for any length of time, and you can tell they’re talented.

Touring in support of their sixth studio album (fourth with Vice Records) called Arabia Mountain, The Black Lips broke new ground in the middle east on their last tour. The three stops in Egypt were the first time anyone there had seen a U.S. band since The Dead popped in for a visit in ’78. Despite civil uprisings, highly conservative governments pressuring promoters to back out, and a few canceled shows, the tour was a huge success. They wanted to bridge some gaps, give international fans shows they may never get a chance to see otherwise and prove that people are people, good music is good music and we are all more similar than we are different. Check out the trailer for the film they did about the tour here or just check it out in person at The Stone Fox. The ruckus peach state rockers will be anything but boring so I hope you still have some party left in you. This writer for one can not wait to get his cherry popped.

Floating down from Cincinnati, the Tweens have made a name for themselves in a short period of time, forming just over a year ago. They’ve already opened for 90s rockers The Breeders and have cultivated a sound that reminds one of broken teenage dreams. Let them stick their trashy bubble-gum melodies in your ear holes.

Short for the Joey Plunket 5, JP5 is a collection of local artists who have all played in numerous other groups. Lacking just a little star power to be called a supergroup, they are still incredibly skilled musicians who have been doing this for a long time. The crux is Plunket’s wonderfully written songs and his not-quite-country not-quite-rock is all too familiar and more comfortable than your couch during a hangover. Get there early to watch them jam out.