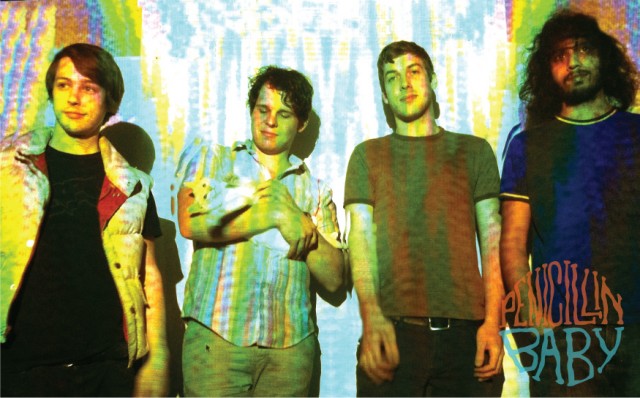 Possessing the fun rock and roll spirit of the 1990’s, Penicillin Baby and Hoy Poloy Productions consummated their relationship with a lovechild that makes us wonder “just what the Hell happened to MTV?” It’s a simple recipe, offering a slightly-more mellow version of “Come As You Are,” with a sound that’s surf rock with just a dash of shoegaze.

What makes the music video special is that it goes back to bare bones. We’re not trying to tell some convoluted story or aspiring to be something else. It’s a celebration of the band playing a good tune, saluting the need local musicians have for videography beyond the point of being a mere vanity piece. The perspective of the camera does delve a tad into the psychedelic with a soft light coming over you like waves. Kinda like the band’s cover art for their albums, which is a nice touch. Check out “Thought It Couldn’t Be This Way” after the jump.

Earlier this week, we previewed and did a ticket giveaway for Tristen’s CAVES album release show with Meadownoise and Penicillin Baby at The Stone Fox tonight, November 1. Show starts at 9 p.m., 18+, tickets $10. The timing for this music video couldn’t be better as this show is expected to tear the walls off of the Stone Fox.

You can also sample some of the ban’s tasty jams by checking out their bandcamp page.