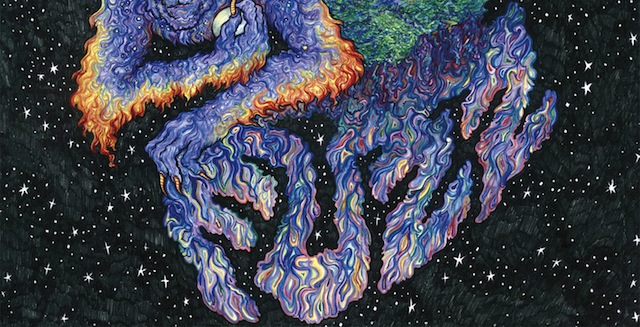 Fuzz, the new psychedelic rock act fronted by Ty Segall, will be bringing a little bit of their trippy, San Francisco based blend of rock and metal to Nashville tonight (10/7) at The End. The show, which starts at 9 PM, features two openers: CCR Headcleaner and local act Heavy Cream. Both Fuzz and CCR Headcleaner are touring in support of new albums; Fuzz’s eponymous album came out on October 1st while CCR Headcleaner’s Lace the Earth With Arms Wide Open hit shelves on September 19th.

In all, this promises to be a stellar show full of the sort of punk rock, homebred attitude that keeps bands like these fresh and relevant. Of course, this attitude also tends to breed crowds that are overly energetic, which basically guarantees this will be a spectacular show. Go ahead and get your ticket now for only $10, but remember, like nearly all of the events at The End, this show will be 18+.

Perhaps the most engaging aspect of California native musician and songwriter Ty Segall is the sheer ambition that seems to bubble forth from this man. Besides being an integral member of six different bands, Segall has also released eight solo albums in his relatively brief career. A few months back, the announcement was made that Segall would be adding a new project to his resume: Fuzz, a psychedelic, proto-metal three piece with two friends of his from high school, Charles Moothart and Roland Cosio.

As of October 1st, Fuzz’s self-titled debut album has officially hit shelves, and fans everywhere couldn’t be happier with the eight-track full-length. The sound, which is somewhat like a less Doors-y take on the Black Angels, takes listeners everywhere from hypnotic, distorted drones to downright dirty passages. Their live show promises to be even more spectacular, so be sure to come out and see this fantastic act.

Unlike Heavy Cream, CCR Headcleaner will be joining Fuzz for a number of dates across North America for their October tour, and it’s not just because of the California connection: both bands have a firm grasp on the importance of huge guitars and liberal amounts of distortion. In many ways, however, CCR Headcleaner seems to push the boundaries further than Fuzz, with tracks often so saturated in fuzzy guitar and filtered vocals it can be difficult to pick out the individual parts. The overall effect is a jumbled mess of awesomeness.

Nashville four piece (75% of whom are female) Heavy Cream have built up a pretty solid reputation for themselves in Music City as purveyors of the finer sides of punk and surf rock. Simply put, Heavy Cream seems to have realized pretty early on in their career that creating music that’s unquestionably fun inevitably leads to success. Be sure and get there early enough to see these guys; you’ll really be missing out if you don’t.

[Preview] Pretend It's Still The Weekend With honeyhoney