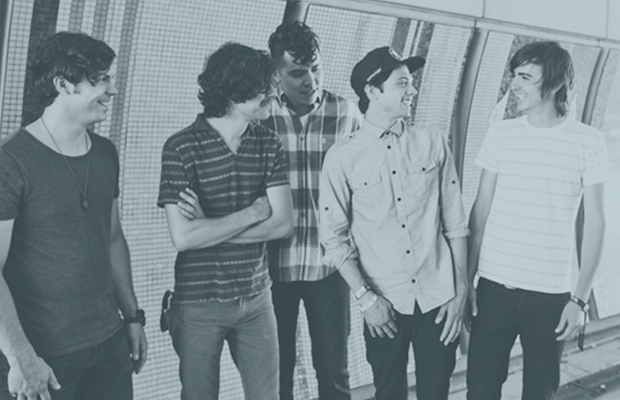 So, if we had told you about this show just a bit sooner, we could have saved you two whole bucks (or, as we like to call it, half a PBR) on your ticket and, for that, we apologize. Another show curated by Red Bull Sound Select, Exit/In is hosting four great acts tonight for a mere $5 (or $3, if you RSVP‘d ahead). If you haven’t had a chance to catch Chattanooga transplants Machines Are People Too yet (or didn’t happen upon their recent surprise house show), now’s your chance- and we couldn’t recommend them more! Sweetening the deal are fellow locals The Lower Caves, Austin’s Not in the Face, and our neighbors from Bowling Green The Reneaus. After the jump, find out everything you need to know about the lineup!

MACHINES ARE PEOPLE TOO

We’ve been fans of Machines Are People Too since before they even made the move to Nashville, and we’ve been superfans ever since their stellar East Nashville Underground performance earlier this year. Their high-energy, synth-laden, pop rock sound just begs you to dance, and their live performances really bring that material to life. While much of Nashville will be at an Americana Fest showcase this evening, Machines will be offering you just about the best alternative you could possibly hope for.

Previously known as Eastern Block, Nashville’s The Lower Caves were a headliner at the recent Demonbreun BlockBuster– not too shabby for a fairly new band with a brand new name. The indie rockers’ debut album, Turquoise Blues, is on the way. Until then, get to know the band with a teaser video, below.

NOT IN THE FACE

Adding some variety to the bill, Austin’s Not in the Face play a lighthearted, throwback brand of blues inspired hard rock, that is sure to get the party started.

Red Bell tells us that The Reneaus are from right up the road in Bowling Green while, from the looks of the band’s Facebook, it appears that they do have made the move to Music City. Either way, we think the soulful, female-fronted rock act are worth showing up early for!

Machines Are People Too, The Lower Caves, Not in the Face, and The Reneaus will perform TONIGHT at Exit/In. The show is 18+, begins at at 9PM (doors at 8PM), and tickets are available for $5 here in limited supply.