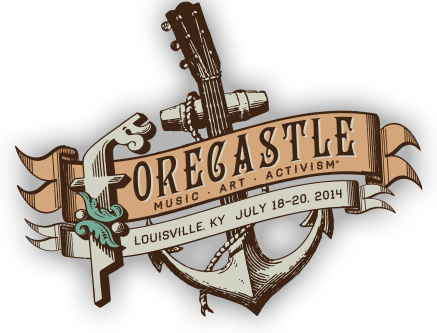 With festival season effectively winding down (there are still a handful of stragglers coming up), and fall tour season kicking into high gear, it is, inevitably, about that time where we start marking up our calendars for 2014. Don’t get us wrong, there’s still plenty of awesome music to look forward to throughout this year, but if you’re the planning ahead type, you’ll be excited to know that, like Bonnaroo did last month, our neighbors up north at FORECASTLE FESTIVAL have announced their dates for 2014! Better go ahead and block out July 18-20, 2014 right now, because if next year’s Forecastle is half as fun as it was this year, you won’t want to miss out!

Once again, the fest will take place at Louisville, Kentucky‘s Waterfront Park, and this one’s extra special because the weekend coincides with Kentucky native Hunter S. Thompson’s birthday (July 18). Look out for a pre-sale later this year. We’ll be sure to bring you the scoop.

Who would you like to see perform at next summer’s Forescastle Fest? Let us know in the comments!