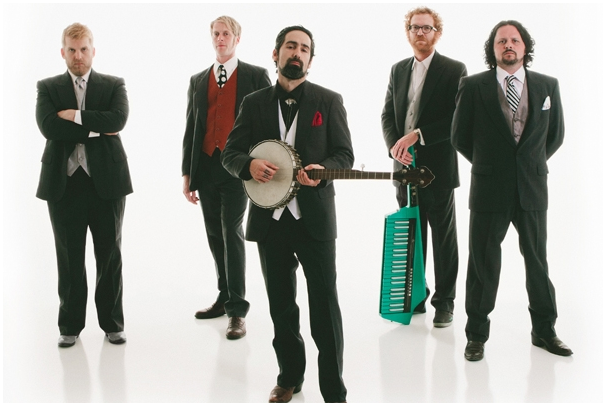 Portland, Oregon based quintet Blitzen Trapper dropped a new single, “Ever Loved Once”, last week in advance of their seventh full length record, aptly titled VII, which releases on October 1st via new label, Vagrant. They will be coming through Nashville on September 23rd for a performance at Mercy Lounge.

No word yet on the openers, but, as a band that seems to slingshot opening acts to stardom, there should be plenty of bands in town that are clamoring to get on the bill with the experimental, Dylan-esque folksters. Examples of catapulted openers that I’ve seen include Fleet Foxes opening for them at the Noise Pop Festival in San Francisco in 2008, Wye Oak opening at San Francisco’s The Independent in 2009, and Dawes who opened for them at Mercy Lounge during their last Nashville date in 2011. Ahem… two of those bands had dates at The Ryman in the last couple of years. Just sayin’.

Dig the new track “Ever Loved Once” after the jump, and go ahead and grab tickets for an awesome night of Blitzen Trapper here.