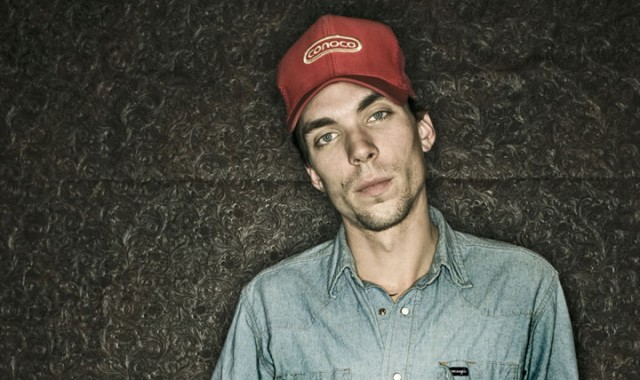 It’s been very cool to see the outpouring of love in Nashville as we have been preparing for the upcoming Luella & The Sun benefit concert on August 2nd at Mercy Lounge. We had the opportunity in the lead up to chat with one of the performers from the upcoming event, Justin Townes Earle, to hear a bit about what is going on with him, and to discuss the benefit. You can catch all of that after the jump.

Justin Townes Earle: I’ve known (Luella bassist) Adam Bednarik for a long time, and he has engineered my records. Adam and John Radford (drummer) are actually touring with me as part of my band right now. They are both incredibly talented musicians, and I am happy to have them in my band right now. I am trying to persuade them to get back home after this tour to focus more on Luella & The Sun because I believe in that band. Those guys have all been around Nashville for a while now, and it is great to see them find such a powerful voice together. When Adam and John told me about the fire, I asked them to let me know how I could help out.

NC: It’s going to be a great night. So, what have you been up to lately? Are you still living in New York?

JTE: I started spending more and more time again in Nashville starting about a year ago, and am pretty much in Nashville full time now. I still have a place in New York, but I’ve enjoyed being back in Nashville. It’s quieter and more my speed these days.

NC: It’s pretty special what is happening in Nashville right now for sure, and I guess New York will always be there. Where are you now, and what’s coming up for you?

JTE: I actually have a day off in D.C. today. We have a few gigs on the way up to Newport.

NC: You have a pretty good history at the Newport Folk Festival. What’s your favorite part of that festival?

JTE: It’s always good to see the people there. I tour with a lot of folks, and you build friendships on the road. Of course, everyone is busy, and it’s hard to catch up with friends. So, it’s nice to have everyone together where you can spend some time together.

NC: You are pretty much on the road through September. Are there any other festivals or dates coming up that you are really looking forward to?

JTE: I try not to focus on the upcoming schedule. I try to roll with it, and live in the moment.

NC: That’s probably a healthy way to go about it. So, let’s talk about your next record. Your last record was quite a change from your previous records. Can you tell us a little bit about how that came about, and what we might expect from your next release?

JTE: Sort of like with Midnight At The Movies, we wanted to take it in a new direction. I’ve tried really hard not to be lumped in with Country music. I want my own sound, and Nothing’s Gonna Change The Way You Feel About Me Now was almost a tribute to the Stax era Memphis stuff that I listened to growing up. When you hear our next record, you’ll realize that we just dipped our toe in the water with Nothing’s Gonna Change. The next record is going to have even more of that Memphis soul sound with a bit of doo-wap. We knew that we were going to need a big room to get the sound that we were looking for, so we have Ben Folds studio set up. We want to get in there soon. We’re hoping to get the new record out this winter. It may be spring, but I would like to get it out before the holidays.

NC: Thanks for your time, Justin. We look forward to seeing you next week! Anything you want to leave us with?

JTE: Just want to say that Luella & The Sun are very hard working musicians, and very talented players and I would be proud to have any of them on tour with me.

You can find all of the information about Friday’s benefit here. Justin also recently recorded a session with our pals and benefit sponsors OurVinyl. You can check out that session below to get you in the mood. See all of you on Friday!