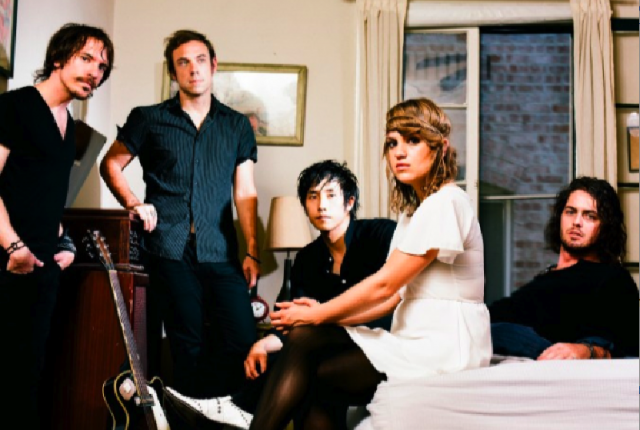 Red Bull is no stranger to bringing some awesome music to you for little to nothing from your wallet, and the trend continues with an awesome event that is coming up on Saturday July 27th at Marathon Music Works. The bill for the night includes The Airborne Toxic Event along with locals The Electric Hearts, Alanna Royale, and Swayze. There’s one little catch to this one… you have to ask to be invited. That’s right, you sign up over at Red Bull Sound Select to get your free access to the show.

We’ve spent plenty of time telling you about locals The Electric Hearts, Alanna Royale, and Swayze. But, it’s time for us to talk a bit about The Airborne Toxic Event. The Southern California five piece burst on the scene in 2008 with the release of their self titled LP which received significant acclaim (and one notoriously horrible Pitchfork review, 1.6, which spawned an equally notorious review of the finicky tastemaker). Tours for their debut took them across the globe, and garnered them a lot of end of the year awards as a band on the rise. The band continued to rise with their sophomore release, All At Once, and, while they didn’t get a Pitchfork review for that one, they were signed to Island and peaked in the top 20 of the US charts. Their most recent release, Such Hot Blood, released on April 30th of this year, and has clocked in at number 27 on those same charts. You can check out some of their biggest singles after the jump… right after you ask to be invited to this cool event.