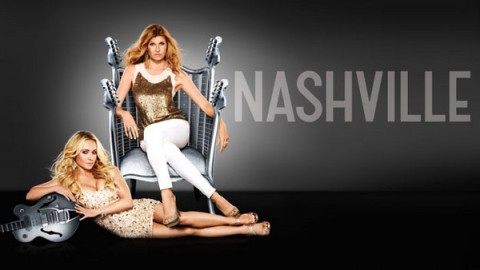 Though ABC’s Nashville was renewed back in the spring, the question of whether or not production would remain in the city of its namesake still persisted. Amidst production shakeups, a crew split between Nashville and Los Angeles, financial concerns, creative concerns, and even rumored displeasure from one of the show’s stars, the possibility of relocating to LA seemed not entirely unlikely.

According to the Nashville Business Journal, a decision has finally been reached, and it’s good news- the show’s production will remain in Nashville for the upcoming 2013-2014 season. It’s not immediately clear if the state caved and gave the show higher tax incentives, but that was allegedly one of the primary factors holding up the decision.

It’s not all good news, however, as the Nashville Scene reports (via The Hollywood Reporter) that T Bone Burnett will not be returning as the show’s music producer. However, the musical duties are being left in the more than capable hands of Buddy Miller. In addition to a new music producer, season 2 will see a new production supervisor. However, showrunner Dee Johnson is expected to return. Regardless of the behind the scenes changes, we’re happy that, at the very least, the wonderful backdrop of our city will remain intact.

Are you looking forward to season 2 of Nashville? Let us know in the comments!