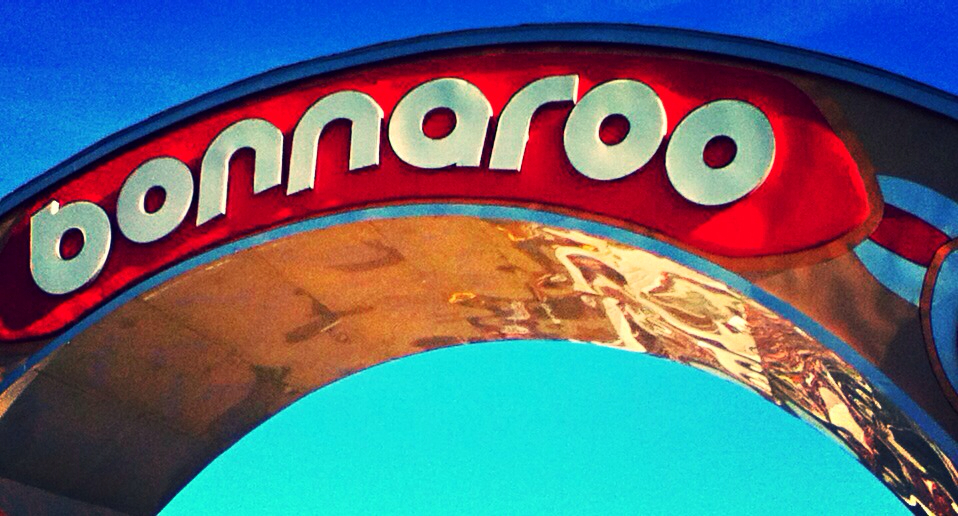 I don’t know about you guys, but I’m in total denial that it’s another year until our next get down on the farm. As a show of protest (or supreme laziness) I refuse to unpack my car, trying to hold onto the magic a little bit longer.

And now… the recap… part 1… or what my sleep-deprived self can remember.

This year’s traffic, I have to say, was the lightest I can ever recall. Sure, it was probably due to the handy press directions we were given, but even still – it really seems like the Roo staff has hit a stride and know how to get folks in efficiently and with that requisite warm “welcome home” I have grown to appreciate more year after year. It’s always the perfect start to the weekend to feel ushered into a world somehow separate from the rest, where you can deck yourself out like a space-age unicorn or wear a man-dress that says “Shart” all over it and people want to give you a free high five (though be wary of those using this “free” salutation to push through a crowd and subsequently to a superior spot in front of the stage). 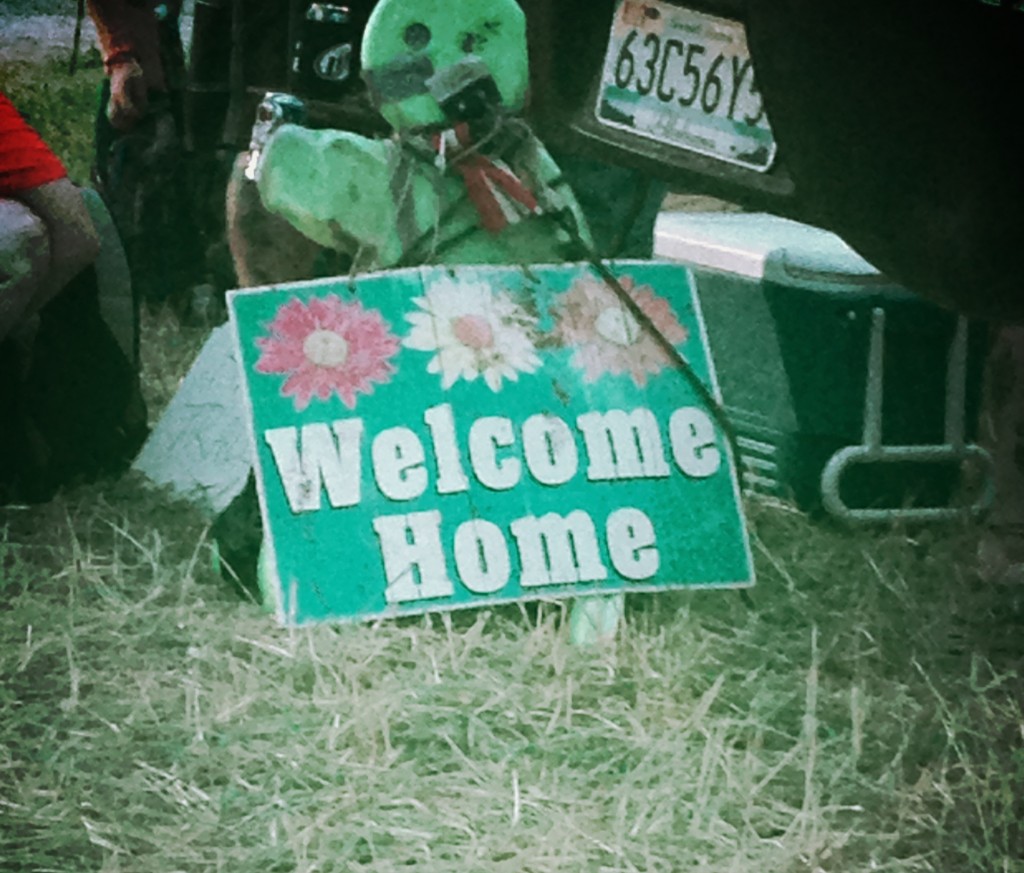 Thursday was a slow start and a concerted effort to conserve energy was a good call because as the Radio Bonnaroo DJ kindly reminded us on the drive in, it’s a marathon and not a sprint, after all!

After wandering Centeroo a bit to hear a little of this and a little of that (Of Monsters and Men, Foals, etc.), I plopped down in a prime spot to enjoy the sweet sounds of one of my most favorite acts of all time, Wilco. I was instantly reminded of the last time I saw Tweedy and his merry men in Manchester: on this very stage, at a very similar time of day, the Sunset Set. There’s something positively magical about watching the sun slowly start to sink into the horizon as you enjoy some of the greatest contemporary American songwriting around. Things got started with “Poor Places” from the legendary Yankee Hotel Foxtrot, and the whole set was in fact, YHF heavy — which was just fine by me. Highlights I caught included nearly all of my favorites, “I Am Trying to Break Your Heart,” “Handshake Drugs,” and “California Stars” (with Calexico, bonus awesome abounds!). And, just as I felt that it was time to head over to the Which Stage to catch a little Wu-Tang Clan and I slowly started to mosey across the field, the band started up my #1 all time loved of their catalog, “Jesus, Etc.” It was a little too perfect for words and kept me hanging around through another fave, “Via Chicago” – a song Tweedy joked about as perfectly designed to “bum us all out on a perfectly beautiful day.” No bummer here though, nothing could harsh my mellow as I made my way back through the zombie crawl that is the tracks between the What stage field and the rest of the happenings (speaking of – can anyone explain to me why it gets inexplicably muddy in these crossings? Actually, maybe I don’t want to know…)

The Wu-Tang Clan did not disappoint. They for sure ain’t nothin’ to fuck with. Having had a high school boyfriend who once owned pet rats named after the various members of the Wu-Tang ranks, it’s safe to say I’m pretty much an expert on their body of work (read: possess only a working knowledge based mostly on viewings of Chapelle Show and snippets overhead via boys that tried to “act hard” to impress me in my teens). I will say they were infinitely more entertaining than their rodent counterparts and quite the showmen. I was totally bought in as I watched the crowd throw their hands in the air and lose their collective mind. Even without a holographic ODB, the surviving members of Wu-Tang were totally larger than life and their ASL interpreter was insane good, totally bringing back memories of Nine Inch Nails‘ “farewell performance” a few Roo’s back where I was transfixed watching their interpreter sign the lyrics to “Closer”. Check out this year’s ASL translator doing her Wu-Thang below…

After a little time with the Wu, I high tailed it back through the cross-over to the What stage field to grab my first of far too many arepas and get prepped for Sir Paul McCartney. And man, oh man. So, while I had fairly recently seen the “cute” Beatle blow it up (pyro and all) at Bridgestone and his Bonnaroo set was essentially the same, both song for song and incidental anecdotes alike — absolutely nothing beats a sing-along to “Hey Jude” with 80,000 folks all sharing a moment many thought they may never live to see. In this melodic instance we were all connected to a living legend and to one another, we were taking a sad song and making it better, we were “Na na na, na na, na na na na, hey Roooooo!” And while the man did play far too much Wings and solo material (seriously, who says “play more Wings!” Yeah, no one) he also gave the people exactly what they wanted. And he serenaded a stuffed walrus! The cute is almost too much to handle! “Let It Be,” indeed, friends. Oh yeah — and then this happened… and it was good. 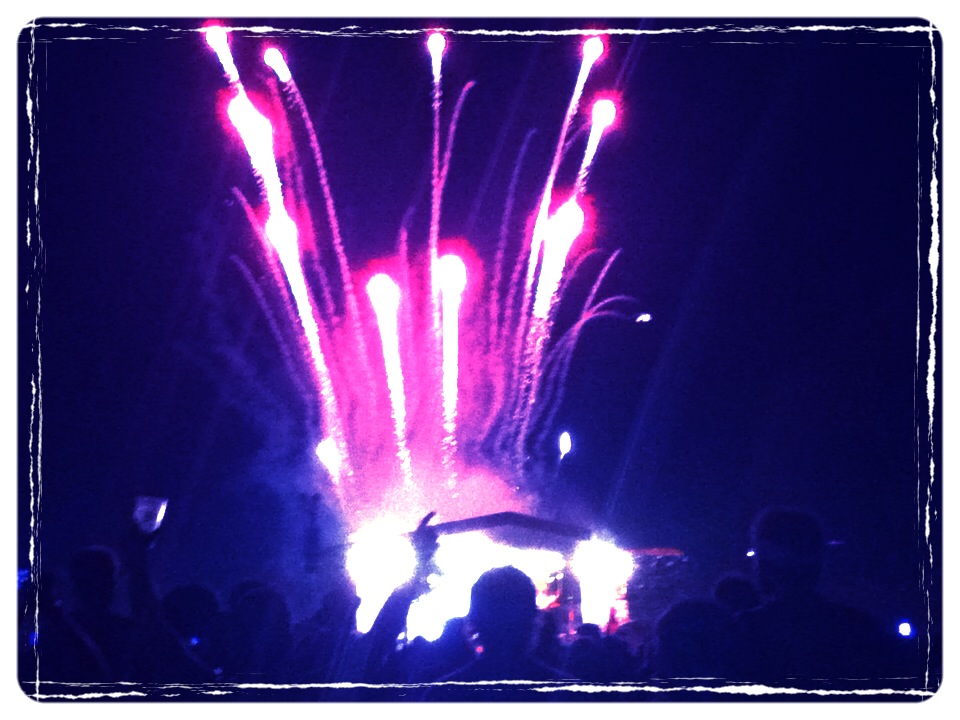 After Paul’s third(!) encore, I headed back to the camp to get prepped for the second half of my Friday – Bonnaroo after midnight! The hypnotic grooves of The xx helped me transition into a more expanded state of mind prepare for the spectacular spectacle that is the aptly named, Pretty Lights. The photo below in no way does justice to the insane laser show I soaked in as our editor caught some much needed Z’s. Needless to say, I was hyped as I made my way through the crowd, glow sticks raining from the sky, paper lanterns floating out into the night. 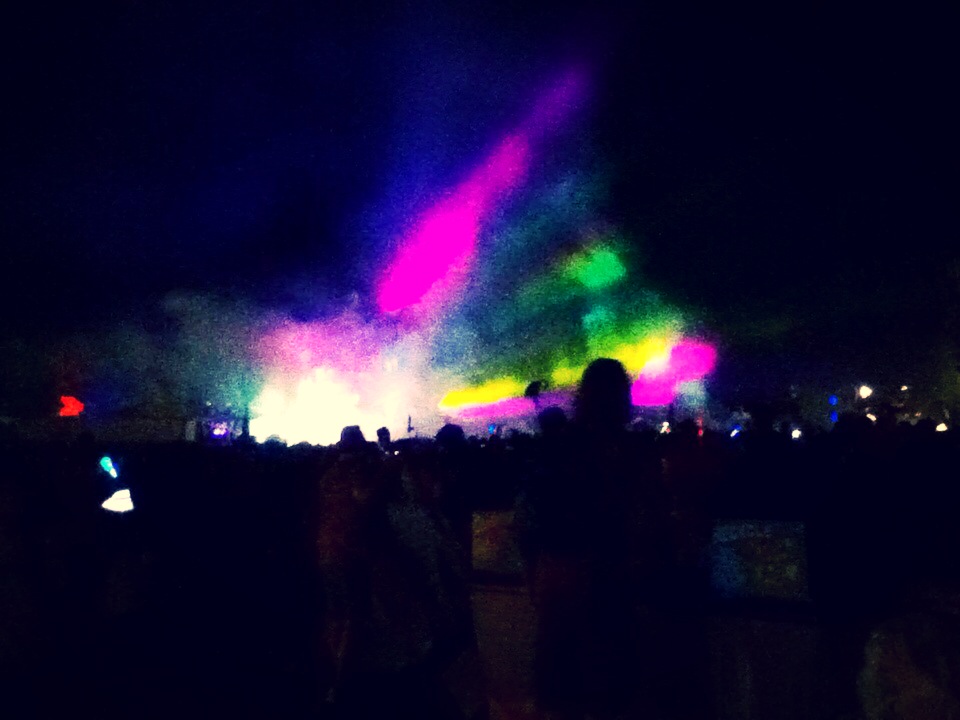 Dizzy from the day’s events, I peaked over at what was happening at the Animal Collective set and was glad to see they were finally getting their after dark gig they so rightfully require. Were those giant octopus tentacles? I was reminded of Lady Gaga‘s (shit, I wanna see her at Bonnaroo!) fame monster puppet and Beetlejuice’s sand worms all at once. I felt a little creeped out and decided to see what the Ferris Wheel line looked like at nearly 3am because when/where else can you ride a giant illuminated Ferris Wheel in the middle of the night? Hell to to the YES. 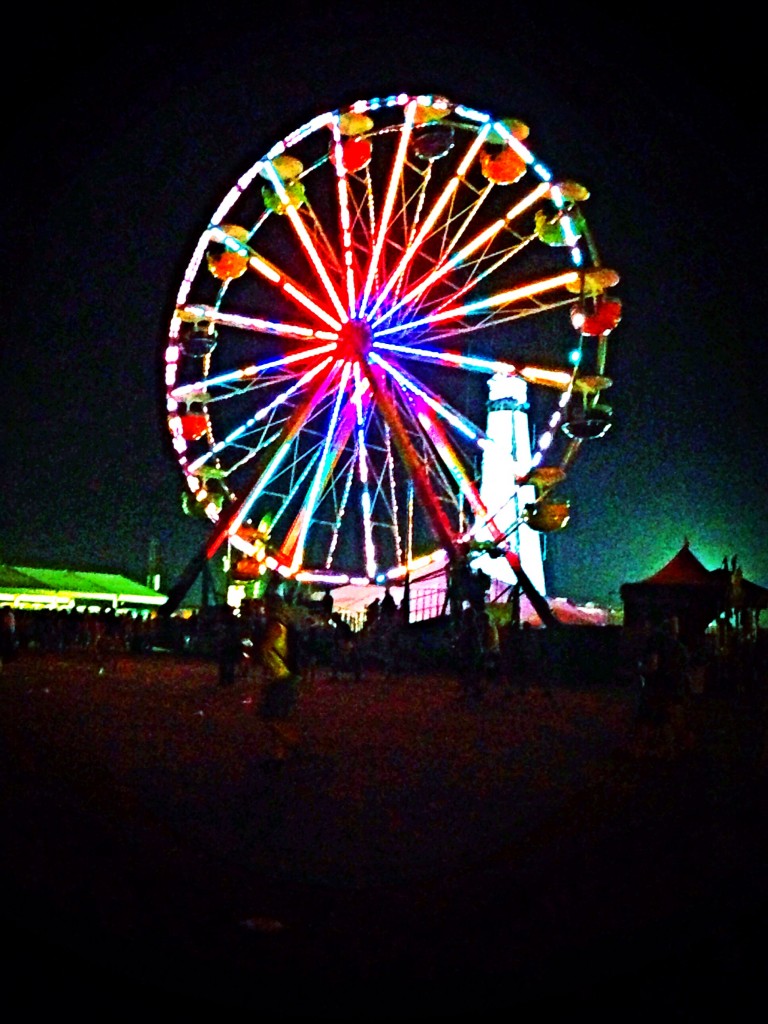 As the sun started to rise, I finally saw sleep. Friday was perhaps the greatest day of my natural life. And then there was Saturday…