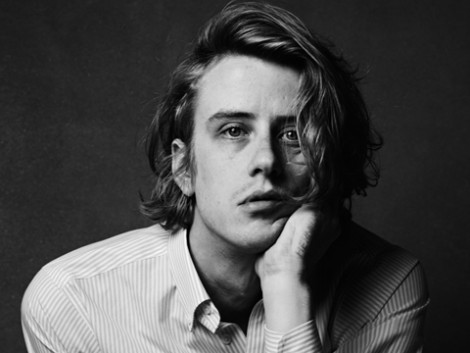 Show of hands… who’s already going to see Christopher Owens tonight?  Ok.  Who knows who Christoper Owens is?  Still not enough of you.  Who knows the recently disbanded band Girls?  ah, quite a few more of you…  Christopher Owens burst on the scene in 2007 with the indie rock band of the moment Girls, and released the first pressing of their single “Lust For Life” in 2008.  Their debut LP Album garnered immediate critical acclaim from pretty much everyone with a keyboard in front of their hands (#5 album of 2009 by Spin & #10 album of 2009 by Pitchfork).  In 2011, Father, Son, and Holy Ghost, broke most of those opinion forming keyboards when music editors crumbled to the sounds of the powerful Girls follow up.  I mean Pitchfork even gave the record a 9-point-effing-3… when does that happen unless you are Kanye or a reissue of something they already know is good (Velvet Underground).    It peaked on the Billboard charts around 37, which isn’t too shabby from an emo-shoegazing-hipster.  Remember when Grimeys snagged Girls for a warmup show with a world wide webcast back in September of 2011 before their show at Mercy Lounge that night?  That had me singing those unforgettable Macklemore lyrics before “Thrift Shop” was even released.

Apparently, the talented folks that Owens surrounded himself with in the band Girls were too talented to run along in the shadow of their frontman, and, after numerous personnel changes, Owens opted to go it alone with the release of his solo debut Lysandre.

So, here we are again… Show of hands, who knows who Christopher Owens is?  Better.  Who is going to see Christoper Owens tonight at The High Watt?  Awesome!

Tickets are still available for this one, and, if you are a fan of lo-fi pop/rock sounds that harken back through numerous decades, this is definitely the show for you tonight.  Things get started around 9pm, and you can prep by checking out the track “Here We Go” from Lysandre after the jump.  Get out to see some live music!