Singer/songwriter Kiernan McMullan returns to the States after a brief stint in Ireland, bringing his fresh, acoustic pop back to Nashville.

Here’s something sure to brighten up your Monday: we have a couple of pairs of tickets to give away for his 12th & Porter show this Wednesday!!

Joining him on the bill are Nava Hotel, 3rd Class, & Zach Schmidt. You can find out how to win tix and listen to his tunes after the jump! 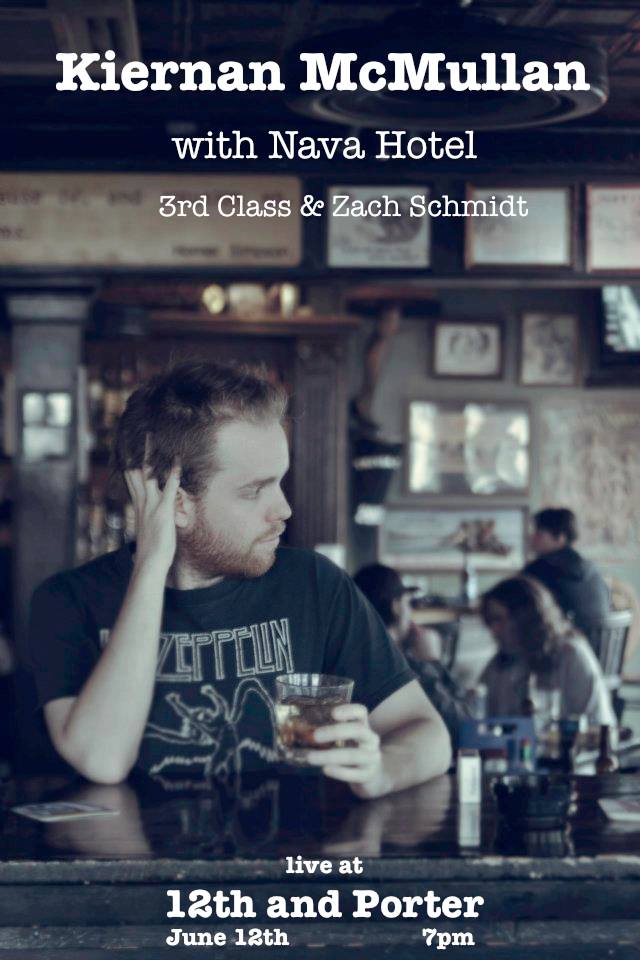 If you dig thoughtful, honest lyrics combined with delicate, gorgeous vocals, you should listen to Kiernan McMullan.

“For the past ten years, McMullan has made an international impression as a soulful acoustic songwriter, performing at sold-out shows, festivals and tour dates with well-established talent such as Sheryl Crow, Ed Sheeran and Mat Kearney, to name a few. With nothing but a plane ticket, a hiking bag, and a guitar, he flew to the US, hitched and bussed from gig to gig, and played shows every other day. His last album, Two Years, was recorded in Ireland as his second full-length album and tells the story of his first two years spent in America.” [via kiernanmcmullan.com]

Kiernan’s brand new EP “Company” is now out on iTunes and Spotify.

Check out his video for “Sick of You,” from his album, Two Years, here:

To win a pair of tickets to Wednesday’s show at 12th & Porter:

* Email [email protected] with “KIERNAN CONTEST” in the subject line.

That’s it! We’ll announce the winners on Wednesday morning!

We’ll see you there!