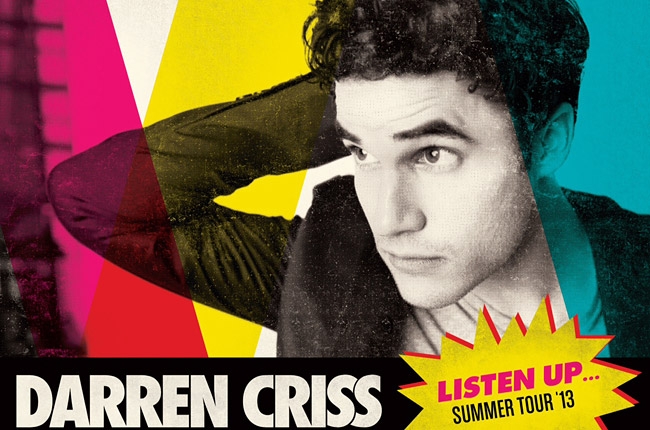 Multi-talented actor/musician Darren Criss makes a stop in Nashville tonight on his first ever headlining North American tour, for an all-ages show at the Cannery Ballroom. Support comes from Theo Katzman. You might know Darren best as his character “Blaine” from Glee, who made his debut on the popular show singing “Teenage Dream” by Katy Perry. The charismatic 26-year-old seems to succeed in every artistic venture he attempts, from Broadway to film, and also has a heart for advocacy and charity work. Tonight, he will preview new material from his forthcoming album, as well as revisit the fan favorites that made him a star.

Unfortunately, this one’s already sold out, but you hardcore fans can try your luck on StubHub or Craigslist.

It’s hard to find footage online where fans aren’t screaming fanatically in the background, so be sure to check out his EP of original material on iTunes, and enjoy the show tonight!